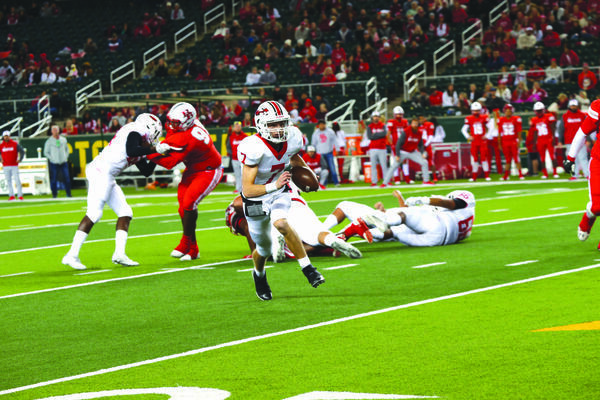 Rusk Eagle Owen McCown (#7) makes a smooth jaunt down the field as he handles the ball during a Nov. 19 play-off game against the Bellville Brahmas at Baylor University’s McLane Stadium. The Eagles QB is one of 22 seniors on the 2021 team, which made it to the second round of playoffs before being defeated by the Bellville squad. More game coverage on pages 8 and 9. Photo courtesy of Luedeker Photography 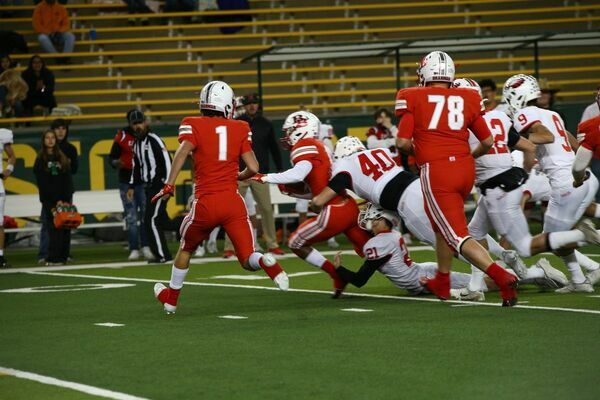 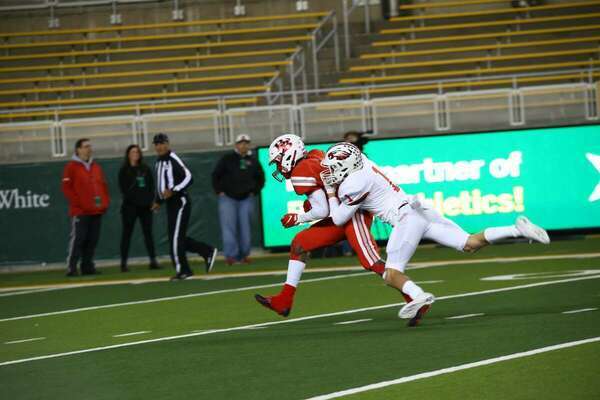 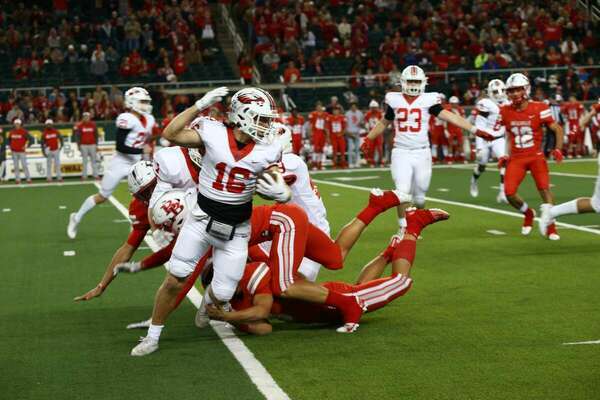 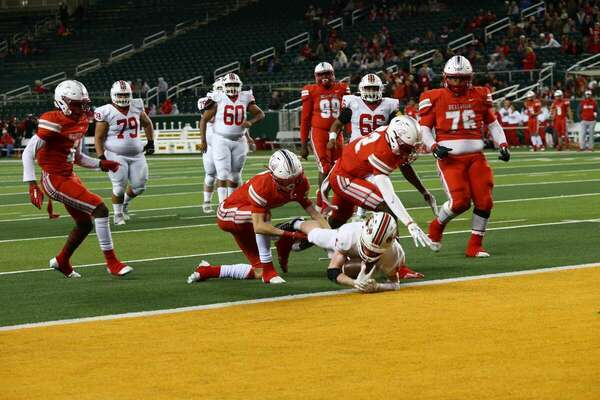 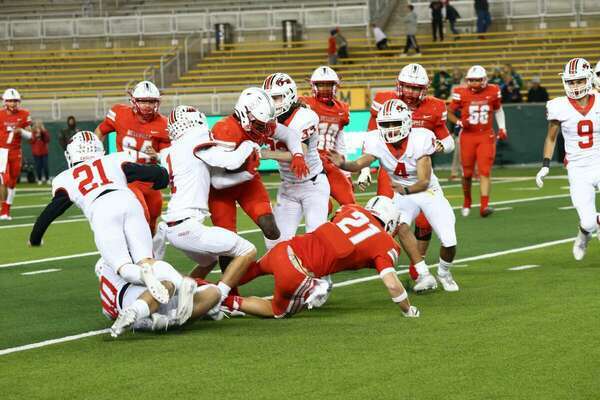 WACO – in a Nov. 19 playoff at Baylor University’s McLane Stadium, the Bellville Brahmas cut short the Rusk Eagles’ football season, with a 41-20 win.

Rusk Athletic Director Thomas Sitton praised his team for the work they put into refining their skills week in and week out.

“The kids had a great year, with great senior leadership,” he said of the Eagles’ 22 seniors. “I’m very proud of the year that we had – we had a great group of guys, played hard for each other, week in and week out.

“They practiced hard, they studied hard, and they’ve been great teammates for each other,” Sitton said. “It’s been a very fun team to coach.

Bellville – touting an 11-0 record going into the game – took the lead early, scoring 21 points to Rusk’s 7 in the first quarter. Both teams each scored 7 points in the second quarter, while in the third quarter, the Brahmas gained another 6 points, while the Eagles were scoreless. In the fourth, Bellville gained another 7 points to Rusk’s 6 points.

According to box score stats provided by Max Preps website, during Friday’s game, Bellville had 18 first downs, compared to 16 by Rusk. Rusk received several more penalties than their opponent – 9 for Rusk, 6 for Bellville, while Bellville racked up 63 penalty yards, compared to 60 for the Eagles.