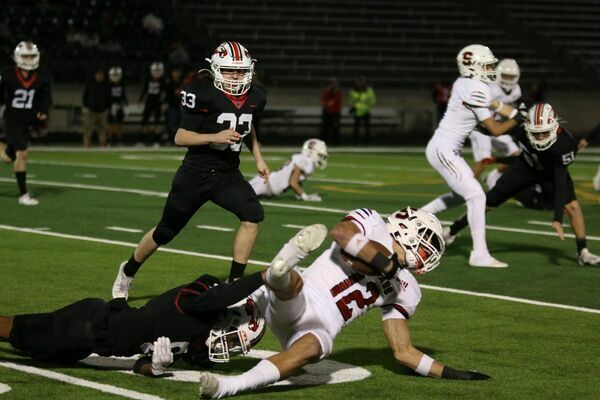 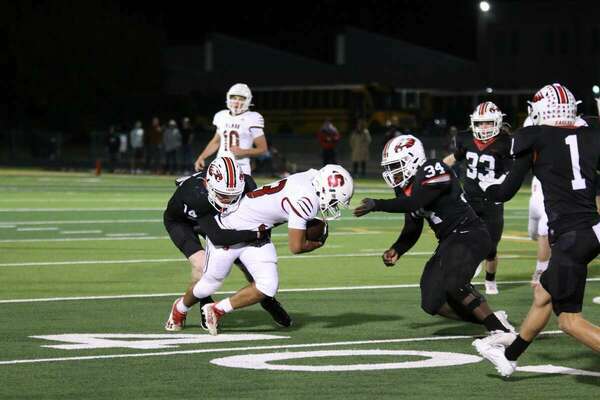 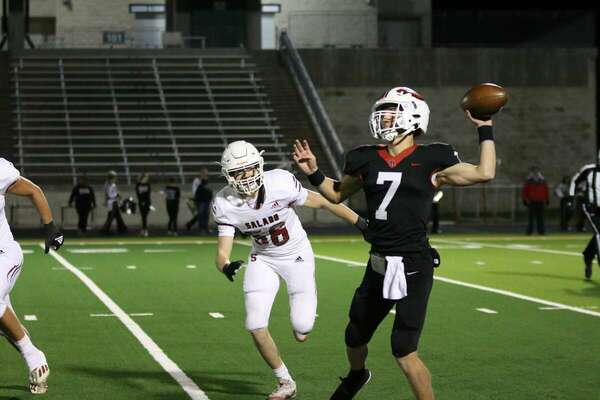 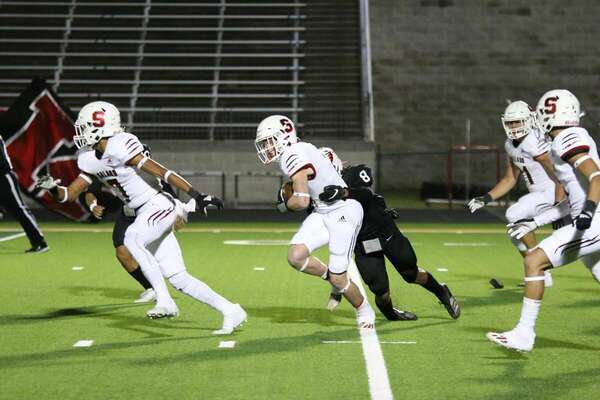 DESOTO – In a match pitting one Eagle team against another Nov. 12 in DeSoto’s Eagle Stadium, the Rusk squad shut down the Salado Eagles 49-42, securing a spot in playoff history.

“Offensively, I thought this was the best game we executed,” said Rusk ISD Athletic Director Thomas Sitton. “Coach (Clint) Harper really called an outstanding game, and I think (Rusk) had the other team confused that night. He and the offensive staff just did an outstanding job – defensively, we did a great job getting a couple of stops during the second half, and preventing (Salado) from scoring.”

According to Coach Michael Williams, “both offenses were rolling last (Friday) night.”

“Owen McCown once again proved why he is one of the best players in the state by putting up 401 yards on 31-37 passing and 5 TDs. He also contributed 59 yards rushing with 1 TD,” Williams said, noting that McCown’s “main targets on the night were (Heston) Kelly and (Elijah) Ward, with each having a big game. Kelly finished with 133 yards on 9 receptions and 2 TDs. Ward also had 9 receptions for 115 yards and 1 TD.”

Defensively, “Will Dixon had the play of the game with an interception that helped seal the win for the team. (Caleb) Ferrara, (Nathaniel) Yancey and (David) Kennedy led the team in tackles with 20 tackles each. Aiden McCown was also very involved on defense, putting up 18 tackles, he added.

Sitton said Rusk’s biggest challenge of the game came in “trying to get their offense off the field, and get-ting the ball back to us.”

Friday’s match was “one of the greatest playoff games I’ve ever been part of – the kids played unbelieva-bly hard the entire game, and we’re so excited to be moving to the second round,” he said.

Rusk’s next stop will be at Waco’s McLane Stadium, 7:30 p.m. Friday, Nov. 19, for a match against the Bellville Brahmas.

“Bellville, right now, is the No. 6 team in the state, and they have two really outstanding running backs,” Sitton said. “We’ve got to find a way to stop those two guys – they’re the meat and potatoes of Bellville’s offense.”

A community-wide pep rally is planned for 6 p.m. Thursday, Nov. 18, in downtown Rusk.

Meanwhile, Sitton is encouraging fans traveling to the game to purchase their tickets locally, as costs could easily double at the gate in Waco.

Tickets will be sold from 8 a.m. to 3 p.m. Tuesday through Thursday at both Rusk High School and the Rusk ISD administration office; they also will be available at Thursday’s pep rally. Cost is $7 adult and $5 student.