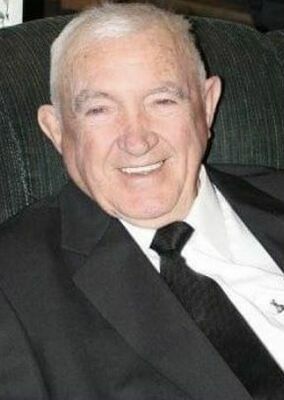 Clarence Kennedy (Buddy or Tex) finished the race (II Timothy 4:7) on Oct 8 telling someone about Jesus to the end. He celebrated 83 years of life; was born in Ratcliff on the family farm in Kennard Texas. After graduating from high school, he joined the United States Air Force. Then while stationed in Oklahoma he went on a blind date and met the love of his life Rebecca Callaway. After marrying her, he left on a tour with the Air Force to Saudi Arabia, then came home to continue his education and raise a family. He Achieved a Masters of Agriculture, and a Masters of Education. He taught High School in Bonham, New Summerfield, Oakwood, Rusk, Palestine, State School in Crockett, and High Island. After retiring from teaching, he worked as health Inspector for Cherokee County. Later became an ordained Minister and pastored at Scrub Creek and Tecula Churches. Owner of Becky’s café in Ratcliff, his pastimes were deer hunting, photography, traveling and telling everyone about Jesus.

He left behind to cherish his memories 5 daughters, Pamela and Richard Davis of Rusk, Karen and Jesus Salazar of Jacksonville, Darlena Hawes and Clay Middleton of Rusk, Margaret and Bobby Oberlechner of LaMarque, Ginger and Anthony Mobley of Jacksonville, and son, Steve and Amanda Kennedy of Ratcliff. There are also 25 grandchildren, 47 great grandchildren and one great, great grandchild.

Memorial service will be Oct. 16, Saturday at 2 p.m. at the Alto Community Fellowship (The River) Church, 595 S. Marcus, Alto

Pet of the Week – Chloe