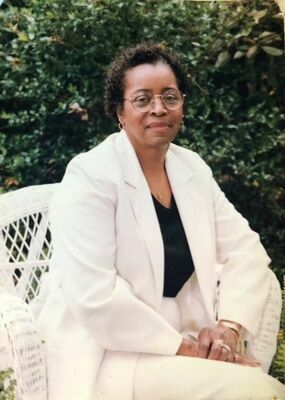 I have fought the good fight, I finished the race, I have kept the faith. II Timothy 4:7

Imogine Williams Adams embraced eternal peace and rest, Sunday afternoon, October 3rd, 2021, surrounded by her family. A life-long resident of Jacksonville, TX, Imogine celebrated 88 years of life. Our beloved mother, grandmother, great grandmother, great great grandmother, sister, and aunt entered this world on June 26, 1933, to parents Fred and Nellie Ann Williams. Imogine graduated from Fred Douglass High School in 1952 and a year later on January 21, 1953, married Leon “Bubba” Adams. To this union, they were gifted with four beautiful children, Irma, Leona, Michael, and Janis. Imogine was a member of The Church of the Living God in Jacksonville, Texas, and later united with Bowens Temple Church, Jacksonville, Texas, under the leadership of Pastor Chester Whitaker until her health failed. Imogine had a passion for helping others. She worked for the original Sadler’s Restaurant, Starkey Motel and was a nanny for Senator Robert and Donna Nichols. She enjoyed watching the television shows, Wheel of Fortune and Judge Judy.

Imogine was preceded in death by her husband of 49 years, Leon “Bubba” Adams; a son, Michael Adams; her father and mother, Fred Sr. and Nellie Ann Williams; a brother Fred Williams Jr.; and a sister, Mae Joyce Alexander.

A private burial will be held at the City Cemetery of Jacksonville, Texas under the direction of Williams Funeral Home.