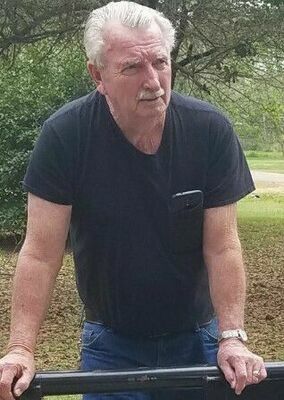 Alto-Funeral services for George “Rusty” Grindle Sr., 77, of Alto will be Monday, September 20, at 11 a.m. in the Calvary Tabernacle UPC in Alto with Rev. Jordan Grindle officiating. Graveside services will be in the Magnolia Cemetery in Onalaska at 3 p.m. Monday.

Rusty passed away Thursday in Lufkin. He was born November 5th, 1943 in Arp, Texas, to Joseph Benjamin Grindle Sr. and Ethel Eudora White Grindle. Rusty had lived in Alto for about 15 years and was a member of the Calvary Tabernacle UPC. He had lived in Houston and Pasadena for many years and grew up in the Livingston area. Rusty was a member of the Woodland masonic Lodge # 1157 in Houston and had twice served as Worshipful Master and also had received the Golden Trowel award. He was an auto mechanic all his life, enjoyed deer hunting and valued his friends and family.

He was preceded in death by his parents; brothers John Grindle Sr. and Joseph B. Grindle Jr.; and sisters Betty Ann Atkerson and Judith Wilson.

Visitation will be from 10-11 AM at the church just before services.