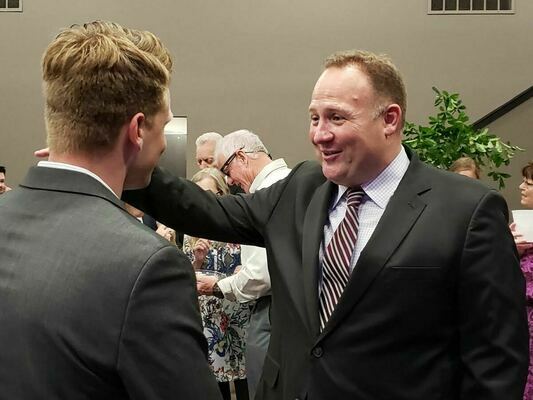 President-elect Dr. Joe Lightner shares a smile with a visitor during a May 8 reception welcoming him as the new Jacksonville College president. Photo by Jo Anne Embleton 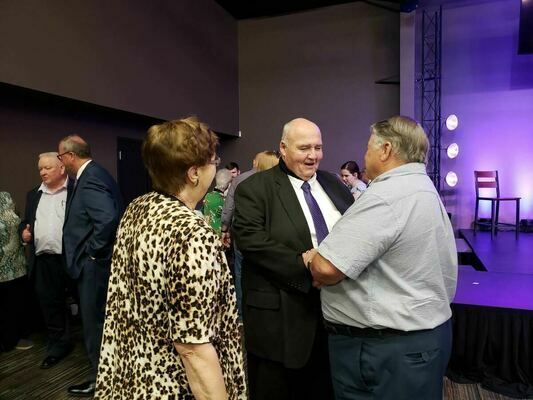 Outgoing Jacksonville College President Dr. Mike Smith enjoys a visit with a well-wisher at his reception May 8 at Central Baptist Church. Photo by Jo Anne Embleton 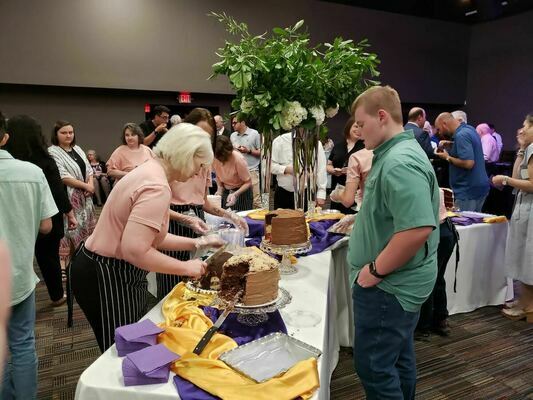 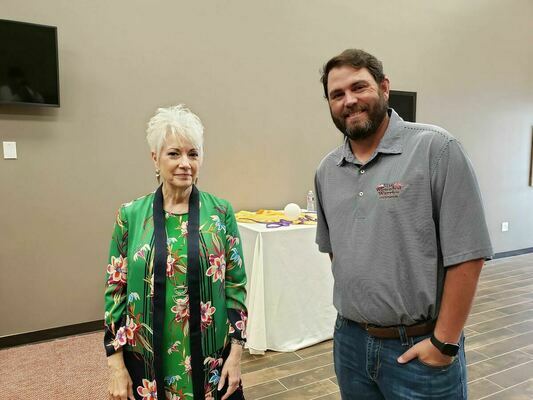 Dr. Marolyn Welch visits with Tom Trimble during a May 8 retirement reception for Welch and two other college administrators. Photo by Jo Anne Embleton 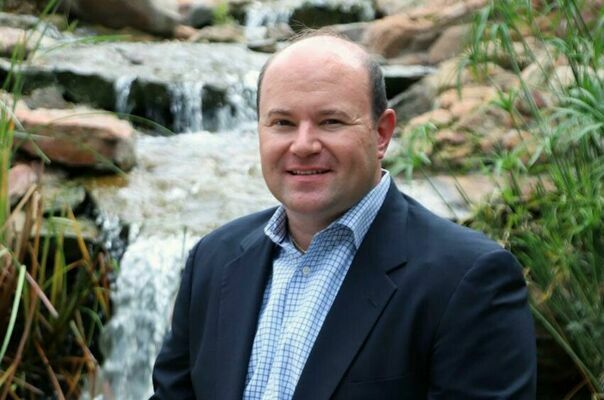 Smith, named president in 2011, said he never expected to get into academia, but was instead dedicated to being a pastor and being involved with church associations.

“And then God just moved me here,” the Alabama native said. “I really said no at first – I said no two or three times, but he kept laying on my heart that this is where I was supposed to be.”

Throughout his time here, Smith has been active at both the college and community level – he has been an active member of the local Rotary Club and Chamber of Commerce.

His biggest source of joy is “seeing student lives change as they get closer to God,” Smith said. “We have over 100 a year saved, and we’ve had several calls to the ministry, or to go to the mission fields.”

His last day is June 15, near the close of the school year, and he and his wife already have plans set for their next stage: The couple has sold their home and its contents, purchased a fifth-wheel trailer and a pickup to pull it, “and we are going to make ourselves available for ministry throughout the country,” Smith said.

“I want to go to struggling churches, stay there 3-6 months and help them get back on their feet, then go to another church,” he said.

His time in Jacksonville is one he said he is thankful for, due to support of the community.

“The people have just been wonderful … I’ve just got to meet so many good people, and good towns that have been supportive of Jacksonville College.”

As Smith prepares to wind up his tenure, Lightner – hired unanimously April 29 by the college board of trustees – has been readying to take over the reins.

According to a release from the college, the president-elect “has a distinguished background growing churches and serving as an executive leader in parachurch ministries.”

Welch, the college’s academic dean since 2017, originally began as a full-time English instructor at Jacksonville College in 2007. Prior to that, she taught at school districts in West and East Texas.

Feaster was named Jacksonville College’s Vice President for Executive Affairs and instructor in the Department of Religion in 2016. He has served in various churches throughout Texas, and is now the director of the Master of Arts in Discipleship and Master of Arts in Student Ministry programs at Dallas Baptist University’s Graduate School of Ministry.

Rusk Eagles: One heck of a ride