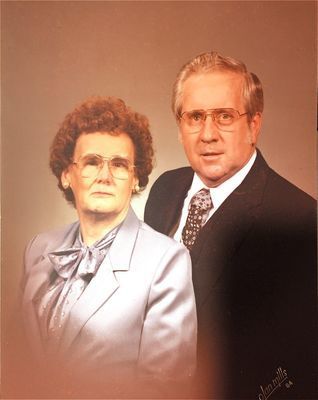 William “Bill” Wesley Lang was born to Stephen Kent Lang and Lillian Ledlow Lang on Feb. 17, 1930, in Maud, Okla. He passed away on Thursday, May 14, 2020 in Mesquite, Texas. His burial will be in Salem Cemetery in Cherokee County, Texas. Bill was raised in Arp, Texas, and stayed there until after high school. After getting an associate’s degree in accounting in Tyler, he moved to Dallas in 1952. On Sept. 4, 1954, he married Ola Talmadge Butts. They celebrated 50 years of marriage before her passing in 2004. Bill loved going to church and the friends he made through church. In 1975, he joined the Dallas Model A Ford Club and bought a 1928 sedan. It was his pride and joy for the next 30 years. Bill and Ola moved to East Texas in the early '90s and quickly got involved in Rusk. Bill got his “retirement job” at Brookshires, where he worked for over 10 years. He is survived by his son, Stephen Lang of Garland; grandchildren, Brittany Seeley of Killeen and Wes Lang of College Station; and great-granddaughter, Caroline Seeley of Killeen.