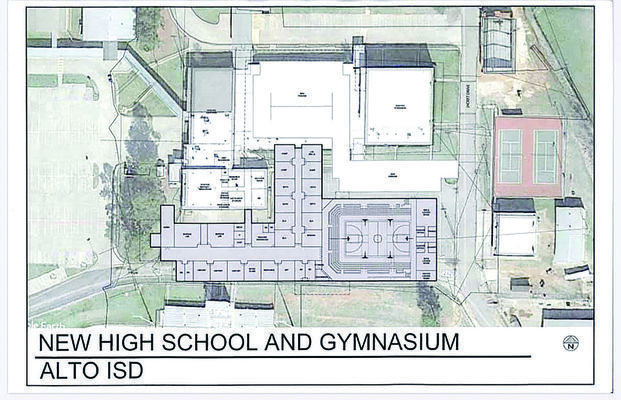 Courtesy photo
The architect’s rendering of the new buildings and other renovations planned at Alto ISD’s campuses.

AISD trustees this month approved selling the $10.5 million bond the district’s voters approved in November 2019 and are making headway on plans for the construction of a new high school building, district gymnasium, increased safety and security, parking lot improvements and upgraded utility infrastructure.

“Alto ISD moved one step closer to making our new high school and gymnasium a reality with the sale of our bonds,” AISD Superintendent Kelly West posted on the district’s Facebook page on Tuesday, Feb. 18.

The district needs to rebuild its high school facility and gym and repair damage to other campus facilities after two tornadoes swept through the town in April 2019.

In the aftermath of the storms, the high school building was deemed unsafe, causing Alto’s high school students to complete the 2018-19 school year at the lower grade’s campuses.

But things are on the move, now.

“Over the past few months, we have been busy selecting our construction managers, completing topographical surveys, and meeting with our architects,” West posted. “During those meetings, it became evident that a few changes would need to be made to our original design.

“These changes were based on several things -- our strict time line for completion of the project; drainage concerns working around our existing structures; and the safety of the students next year during construction.

“The layout of specific classrooms and other details are still to be worked out.

“This summer will be a busy one,” West continued. “Demolition of the old high school will begin in June as well as a complete renovation of the band hall and math wing classrooms.

“Covered walkways will be constructed, helping our students transition safely to and from the cafeteria, gymnasium and band hall.”

According to information released by the Alto Bond Council -- a group of community volunteers who supported approval of the bond– in October 2019, the bond issue increases property taxes on the district’s average appraised home property value of $63,124, by $83.95 a year.

“Nobody wants their taxes to go up,” Alto resident Mark Green said during a town hall meeting held in October 2019 for residents to discuss the bond issue. “But what are we going to do? We can’t not fix the school.”

West said during the October town hall meeting, the district’s bond on the elementary school building project will be paid off in three years, allowing the district’s tax rate to fall back to “within a nickle of what we’re paying right now.” 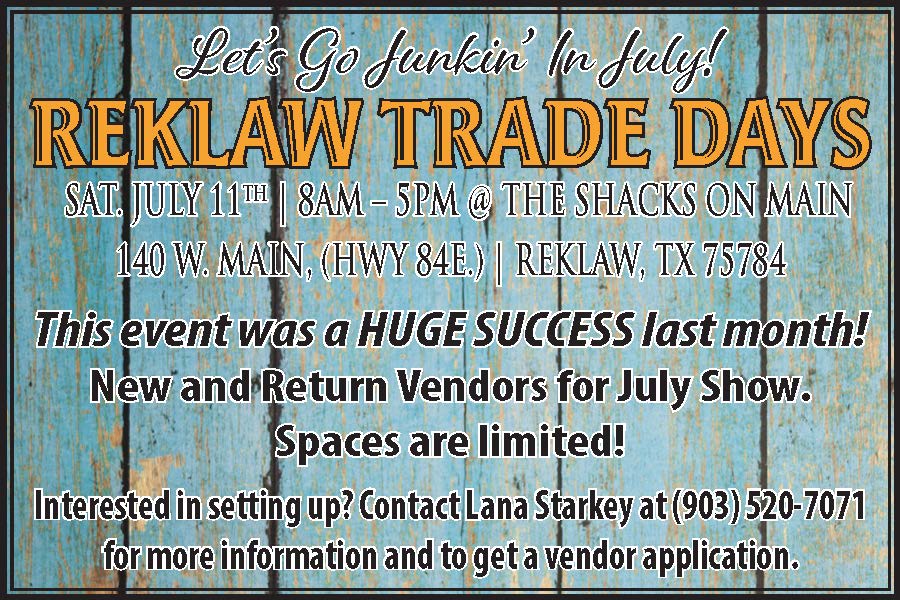