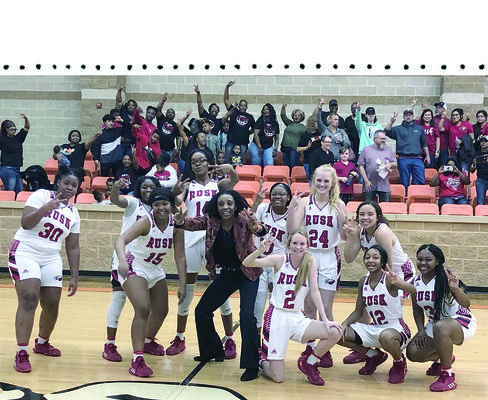 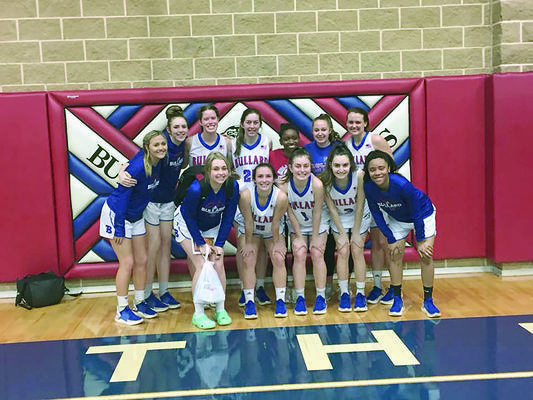 The Jacksonville Maidens ended the season as undefeated District 16-5A champions (14-0) and with a 24-8 overall record. Entering the first round of playoffs, the Maidens faced District 15’s fourth-place team, Sulphur Springs Ladycats.

By the halftime break, Jacksonville held a commanding lead, 32-9, over Sulphur Springs. The Maidens finished the game with a 55-26 win, earning the Bi-District title.

With a first-round win, Jacksonville (24-9) advances to Area where they will play the North Forney Lady Falcons. The game is scheduled for Friday, Feb. 21, although the time and location were not set as of press time.

The Bullard Lady Panthers earned the championship in District 16-4A with a 12-1 record, 31-5 overall. The Bi-District playoff pitted the first-place Lady Panthers against the District 15 fourth-place team, the North Lamar Lady Panthers.

Bullard defeated North Lamar by a score of 57-43 and will advance to Area.

The Rusk Lady Eagles finished their district season as District 19-4A runners-up. The Fairfield Lady Eagles earned the top spot.

Rusk went into the bi-district round of playoffs against the Huntington Devilettes. By the halftime break, the Lady Eagles held a 21-13 advantage. Rusk finished the game with a 41-36 win and will advance to Area.

Area-round playoff information for Bullard and Rusk was not available as of press time.

The Alto Lady Jackets, who finished third in District 21-2A, were scheduled to take on the Timpson Lady Bears Tuesday, Feb 18. Timpson ended their season as District 22-2A champions. Should the Lady Jackets prove victorious, they will advance to Area where they will face the winner of the Big Sandy versus West Hardin match.

On Friday, Feb. 14, the Wells Lady Pirates played a tie-breaking game against Neches to decide third place in District 28-1A. The Lady Pirates failed in their bid for a spot in the playoffs, dropping to Neches 33-24.