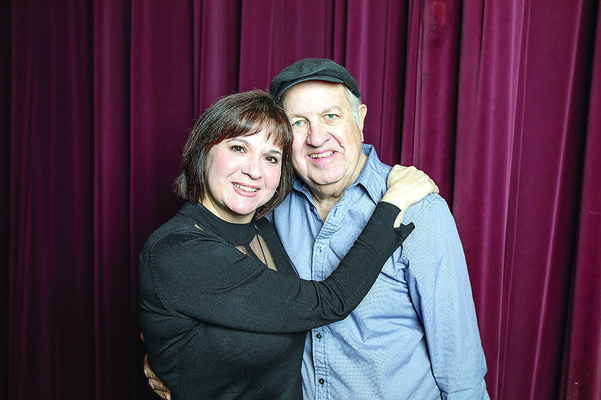 The world premiere of the Cherokee Civic Theatre’s production of the original operetta Sultana – which sets to music the story of the greatest U.S. maritime disaster you’ve never heard of – recently caught the eye of a longtime Hollywood presence.

Written and directed by Dr. Minette Bryant of Jacksonville, the opera-style musical tells the story of the steamboat, Sultana.

“In April of 1865, the Civil War was over, and the Union soldiers had been released from the Confederate prison camps of Andersonville and Cahaba,” Bryant said. “These men, mostly starved and ill, were marched to Vicksburg, Miss., to await transport north on steamboats. The U.S. government was paying $5 a man, or $10 for officers to any steamboat captain who would bring them north to Ohio.

“Several ships responded to the call, but because of an underhanded kickback deal between the Vicksburg quartermaster and one ship’s captain, more than 2,000 soldiers were herded onto the Sultana, a ship registered to carry fewer than 400.

“Eight miles north of Memphis, about 2 a.m., on April 27, Sultana’s overtaxed boiler exploded. The number of lives lost in this disaster cannot be accurately counted, but by all reckonings, the death toll was higher than Titanic…the worst maritime disaster in U.S. history.

“And yet this story is all but completely lost, untold. Cherokee Civic Theatre is the first to bring this story to the stage. Sultana seeks to bring life and redemption to the men and women who perished that night, and to offer our hearts to the survivors.”

Bryant’s work to tell the story of the tragedy inspired actor and producer Sean Astin to reach out to her via the internet as he, too, is a Sultana buff. Astin was not only the executive producer of the 2015 documentary Remember the Sultana, he also narrated said film.

“I understand you have found a way to bring a musical of Sultana to the stage,” Astin said in a video addressing Bryant that he posted on cameo.com earlier this year. “I am congratulating you and the cast and crew -- can’t wait to hear the music.
“I know a lot more about the Sultana than most people do, but maybe not you. It’s an incredible story. I don’t know anything about the musical, but I’m sure you know that in many, many ways it is an inspiring story of hope and optimism and there’s a vibrant survivor community – that’s who we did the documentary for.

“And I think in this day and age there are a lot of lessons to be learn from that tragedy and the way it went down. So I’m just sending you wishes for every success in the world. Knock ‘em dead and much love to all.”

There will also be a public forum at 1 p.m. on Saturday, Feb. 22, open to anyone who would like to learn more about the history of the Sultana. To purchase tickets and theater memberships, visit www.cherokeetheatre.net.

“Great things are happening at CCT thanks to talented individuals like Minette and the many volunteers who spend hours on stage and off to make each show spectacular,” CCT Board President Josie Fox said. “If you aren’t a member, why not? Be as awesome as Sean and support local arts and your community theater!”