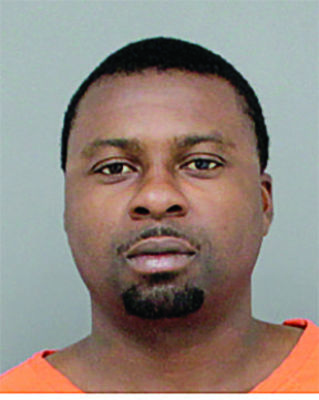 One Rusk man was arrested last week after an altercation in Rusk left a second Rusk man shot.

Drashaydrian Hunter, 28, of Rusk was transported to a Jacksonville hospital, which subsequently sent him to a Tyler hospital, to be treated for nonfatal gunshot wounds he sustained during the incident, which occurred Monday, Feb. 3, on Foreman Street in Rusk.

“Rusk officers responded and controlled the scene and an ambulance was called for the injured party,” interim RPD Chief Stephen Hughes said.

During the course of the investigation, led by Rusk Police Department Detective Nathan Acker, James Earl Johnson Jr., 40, of Rusk was arrested on Wednesday, Feb. 5, at the police department on charges of aggravated assault with a deadly weapon – a second degree felony. He was released from the Cherokee County Jail the same day on a $1,000,000 bond.

Police reports indicate an unknown number of people were participating in an altercation, when an unidentified person allegedly produced a baseball bat. Johnson then produced the firearm and fired at least two rounds, striking Hunter in his left arm and hand.

The Rusk Police Department continues to investigate the incident.