The Jacksonville City Council approved an ordinance authorizing the issuance and sale of Certificates of Obligation (CO) at the regular monthly meeting held Tuesday, Jan. 14. The COs were the city’s chosen debt instrument to finance the construction of a public safety complex, a more than 27,000 square-foot facility which will house police, fire and an emergency operations center.

The COs will be funded by an Interest and Sinking (I&S) property tax levy. The amount being borrowed by the city is $8,645,000, although the project fund will receive $9,780,000, a deposit to be made into the I&S fund Thursday, Feb. 6, according to John Martin of Hilltop Securities, the city’s financial advisor.

The ability to deposit the additional money comes from the premium paid by the purchasers of the bonds. Purchases earn interest tax-free as the Certificates of Obligation are tax-exempt bonds.

The interest rate for the city bonds is 2.67 percent, close to the historical low of 2.59, according Martin.

The COs will be paid in full in 20 years.

“This is a culmination of nearly 16 months of discussion by this council moving to this process, City Manager Greg Smith reminded those present. “Tonight, we are making final action, but this has been discussed multiple times over the 16 months, and has been analyzed, and have had multiple presentations by Mr. Martin. So, tonight is a culmination of about 16 months of work to get to this position.”

Piper, Sandler and Company was chosen as underwriter of the Certificates of Obligation.

The council, after reviewing the Request for Proposals, awarded a contract to Berry and Clay as Construction Manager at Risk for the public safety complex.

Following a public hearing, during which there was no public comment, the Council approved an ordinance granting a zone change for the property at 903 College from “P,” or planned development, to “B,” one and two family residential.

Also authorized was the replat of two lots at 2502 Byrd Road at the Lake Jacksonville concession area. The replat was requested in order to combine the two lots so the owner will have a single lot large enough to be eligible to build on. According to City Secretary Greg Lowe, the change will have no impact on the money generated by the lease agreement due to the cost per linear foot of water frontage.

Other items approved by the Council were:

- consent agenda which included minutes; a resolution calling for a May election of Districts 2 and 4; joint election agreement between the city and Jacksonville ISD; a contract for election services with Cherokee County; and the appointment of Julie Rowe, District 1, to the board of Keep Jacksonville Beautiful.

A special presentation of a new Jacksonville promotional video was shown by James Hubbard, president of Jacksonville Economic Development Corporation. The video was to be posted to the JEDCO Facebook page and on the website, according to Hubbard.

Hubbard also presented the award for Employer of the Month to Christus Mother Frances Hospital. 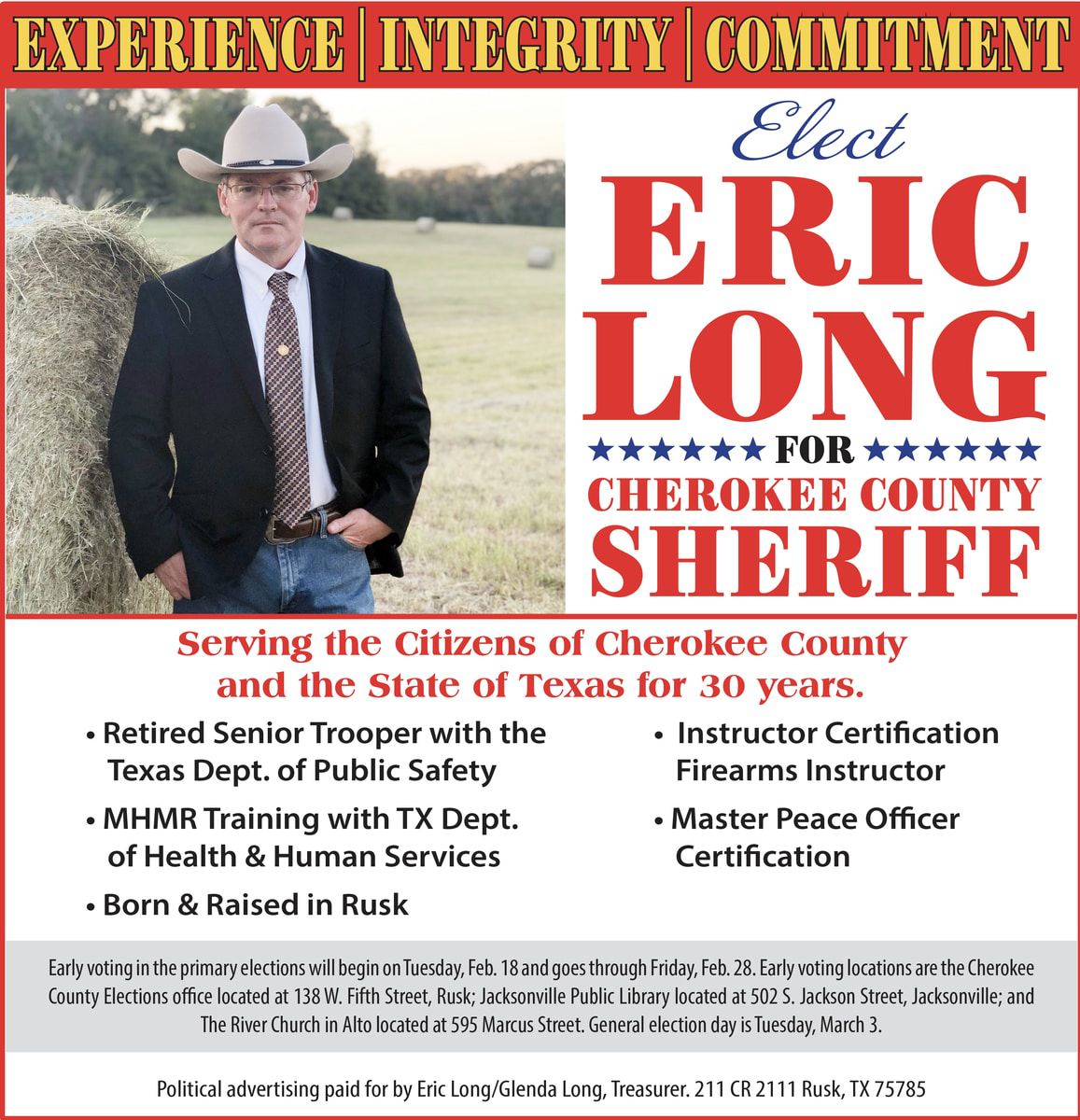