Best of the best: County entities noted for excellence in eats, entertainment 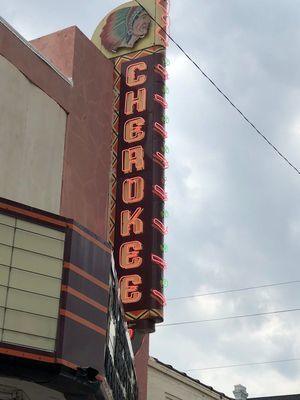 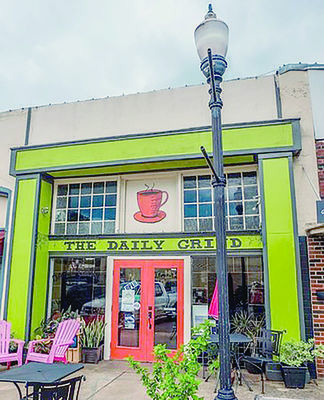 Courtesy Photo The Daily Grind, located just off the Square in Rusk was named Best Coffee Shop in the Under 50K population category in the County Line Magazine’s Best of the Upper East Side of Texas readers survey. 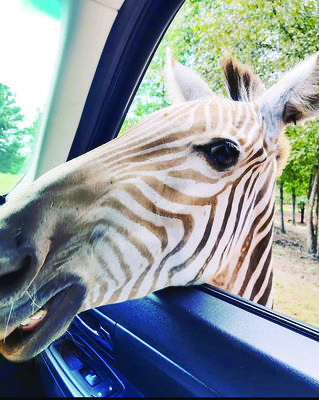 Photo by Josie Fox County Line’s Best Attraction (Under 50k) went to Cherokee Trace Drive-Thru Safari in Jacksonville. The drive through safari allows guests to get up and personal with exotic wildlife from the safety of their vehicle.
Previous Next

We already know how awesome we are here in Cherokee County and the rest of the region is taking notice.

In its January/February 2020 issue, the County Line Magazine in Ben Wheeler declared four Cherokee County businesses or attractions the very best the upper east side of Texas has to offer. According to the magazine’s website, County Line Magazine is a “bi-monthly entertainment guide to the Upper East Side of Texas (covering the 75 zip code) with extensive listings for events, music, attractions and dining every month.”

Publisher/Managing Editor P.A. Geddie explained on the publication’s website, “Every autumn a survey is put out to find the BEST of the Upper East Side of Texas in more than 50 categories. People all over the region send in their nominations and winners are selected. Visitors and residents alike use the list of winners to explore the best in the region each year.

“This year’s Best of the Upper East Side of Texas readers survey set a record with 4,591 nominations for a growing list of gems in the region featuring delicious food, wonderful attractions, beautiful backdrops, one-of-a-kind shops, exciting entertainment, and many talented individuals. We love to hear from our readers and learn about their favorite hidden treasures. See y’all out on the backroads as we explore and experience this fantastic corner of the world.”

“The Daily Grind has a large variety of drinks including coffees, lattes, espresso, macchiato, and cappuccino, as well as great cold drinks including Irish cream soda and lavender lemonade,” the magazine states. “They also serve baked muffins, pies, custom cakes, and more, as well as lunch items including their popular chicken salad and many other sandwiches, soups, and chips. They strive to be a good neighbor and a local gathering place, and reviewers say it is a great place to have meetings or to just sit and relax.”

Proprietor Rachel Loden said of the accolade, “We’re honored! It’s such a great feeling knowing that our community and customers pride themselves enough in us to nominate us for something like this. We’re thankful, to say the least!”

“Reviewers say their food is seasoned perfectly and that the seafood gumbo is great,” the magazine reports. “They also say that the waitstaff is very friendly and attentive without being annoying.”

“Cherokee Trace is a wildlife park that is home to an amazing variety of wildlife,” the magazine said. “See over two dozen exotic and endangered species that thrive in an open habitat similar to their native territory. Enjoy a self-guided drive through the hills and open savannahs of this 300-acre preserve. From the comfort of one’s own vehicle, people can observe, feed, and photograph these beautiful creatures in a natural environment with miles of roads that seem like a whole different world.”
(903) 683-3322. www.cherokeetrace.com

“This theatre company is an all-volunteer, non-profit organization dedicated to the dramatic arts,” the magazine states. “They present live concerts as well as four shows during September through April each year. They also offer a youth summer camp and look for other ways to perform, to entertain, and to introduce to as many as possible the delights of live theater.

CCT Board President Josie Fox said, “It is such an honor for Cherokee Civic Theatre to receive this recognition. We are currently in our 47th season and so many volunteer hours go into making each production and season successful.

“We also offer great deals to our members, so call the box office, (903) 683-2131 or visit our website, www.cherokeetheatre.net, to find out how to become a member of the theater!”