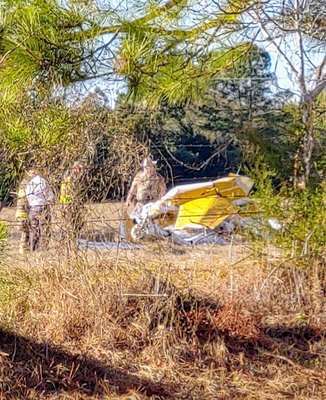 TYLER – At 3 p.m. this afternoon, Troopers responded to the report of an airplane crash in a field off of CR-4303, approximately seven miles north of the city of New Summerfield in Cherokee County.

The investigators preliminary report indicates that the pilot of a Cessna 150, Keith Michael McElvain, 76, of Jacksonville had taken off from the Cherokee County Airport at approximately 12:05 p.m. It appeared the aircraft struck the guide wires for a television tower in the Ponta area east of Jacksonville and crashed.

The pilot was the only occupant and was pronounced at the scene by Judge Brenda Dominy and was taken to Autry Funeral Home in Jacksonville.

Troopers will continue to secure the scene until investigators with NTSB arrive tomorrow to continue the investigation.