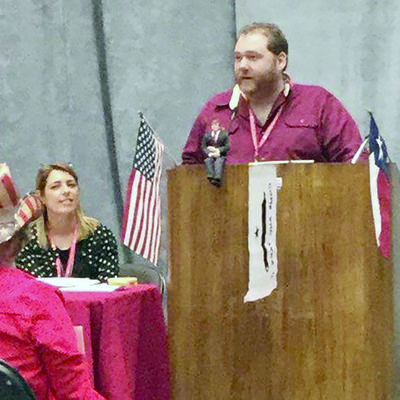 Jefferson Jackson founded and is president of RECOVER, a non-profit organization; the head instructor for a Christian Karate School (Soldiers of God Bushido Kai); and the owner of a Competition and Scientific Research Vehicle manufacturing company, all based in Rusk.

Jefferson is a physicist, who co-designed and manufactured our nation’s Multi-Mission Space Exploration Vehicles. Jefferson is a lifelong Republican, he has been a delegate to the last five Texas State Republican Conventions, where he aided in the writing of the Republican platform of Texas.

Jefferson was a mayoral candidate for Rusk, Texas, (2009, 2019) and the current vice-president of the Republican Club.

Jefferson was the head of Trump’s campaign in CD5 (2016) and is still involved with the Trump campaign today.

After seeing how close the Democrats were in winning elections across Texas, we can see that if we want our Christian Conservative Values to be represented in our Government from local to national levels we must join.

There has been a great deal of division, in our republican party, we need strong leadership to pull the good people of East Texas together so we can pull in one direction.