In a recent meeting that lasted from 5:30 p.m. to 10:17 p.m. and included two lengthy executive sessions, Rusk City Council took no action on the majority of the meeting’s agenda items.

During the regular council meeting held Thursday, Jan. 9, Rusk council members heard many testimonies from more than a dozen people – including a couple of women who reportedly got pregnant as teenagers, two pastors from local churches, representatives of the Right to Life of East Texas (RLET) group, a combat veteran, a rape survivor and a former crisis pregnancy center worker – in favor of naming Rusk a ‘sanctuary city for the unborn.’

“So many citizens have contacted us to let us know they want their city to outlaw abortion,” RLET Director Mark Dickson said. “We’re trying to do what’s right in the eyes of the Lord.”

Rusk resident Lori Neilson was one of two citizens who spoke in opposition of approving the ordinance.

“I don’t think the government has the right to dictate what women can and can’t do with their own bodies,” Nielson said. “Until Roe versus Wade is overturned, this really makes no difference. It’s unfortunate our society has eroded enough that it’s so acceptable to get (an abortion), but there are much better ways to reduce the rate of abortions. I’m very strongly pro-life – I don’t support abortions. I also don’t support the government stepping in to make that decision for anyone.”

The ordinance was approved on a 3-2 vote with Councilmen Holsome; Walter Session, District 2; and Ben Middlebrooks, District 1 voting in favor of the ordinance and Councilwomen Martha Neely, District 4; and Frances Long, District 5 voting in opposition.

The adopted ordinance puts in place an unenforceable law prohibiting an abortion clinic from establishing a facility within the city limits in Rusk. The ordinance states that any organization that performs abortions or assists others in obtaining abortions will be declared a criminal organization. However, based on the Supreme Court ruling of Roe v. Wade in 1973 and Planned Parenthood v. Casey, the ordinance cannot be enforced by the city of Rusk, county or district attorneys or any other state or local governmental entity.

If the Supreme Court ever overrules Roe v. Wade and Planned Parenthood v. Casey, it will be at that point any person or organization committing an unlawful act under the ordinance will be subject to the maximum penalty under Texas law for the violation of municipal ordinance governing public health, and each violation shall constitute a sperate offence.

The Right to Life of East Texas group fought for the ordinance to deter any organization from establishing a clinic in Rusk due to potential criminal penalties.

The item was initially placed on the city’s November agenda by District 3 Councilman Martin Holsome. The matter was tabled at that meeting because the entire Council was not present at the time.

“I am pleased with the Council’s decision to pass an enforceable ordinance that declares Rusk, Texas, a “Sanctuary City For The Unborn,” Holsome said in a written statement provided to the Cherokeean Herald. “It’s basically a preventive measure that ensures abortion clinics or related service providers can not locate their facilities within the city limits of our town.

“Despite what many may feel is a violation of Constitutional law, this ordinance effectively upholds our Constitutional right to define the balance of power between the federal government and the states as prescribed by the 10th Amendment of the Bill of Rights and does not contravene with any current state statute. Furthermore, the right to murder a child is simply not a Constitutional right. Roe vs Wade was a Supreme Court decision for that one case - not an amendment to the Constitution of the United States. It was at best a “reach” to argue the 14th Amendment as a right to privacy, so that people could justify killing their children in secrecy.

“After Thursday’s meeting, I was approached by a member of the press. They asked, ‘Since part of my initial campaign for city council in 2018 was geared towards economic growth, how I could justify voting for an ordinance that effectively prohibits a “women’s health” facility from operating in our city limits?”

“My answer was as follows:

“There are currently no strip bars in the business district of Rusk, Texas, because there is an ordinance that prohibits the operation of “sexually oriented businesses.” I do not feel that a business of that nature is something that this community would necessarily pride itself in. There are also no abortion clinics or service providers in our community and this ordinance effectively does the same thing by ensuring that they do not set up shop here. Furthermore, I’m sure that we can think of many other things that would bring sustainable growth to our town besides a baby butchering business.

“Final thoughts -- I presented a very controversial matter to the local legislative body. None of the decisions were easy, regardless of what side of the table you were on. This was not a ‘win – lose’ situation for anyone in that room. This was a matter of life and death for the most innocent of us all -- the unborn. I feel that God’s blessings will be upon our community if we will abide in His Word.”

Etheridge takes over the position from Rosalyn Brown, who resigned last year due to health reasons. Brown was appointed as city secretary in August 2018, when Etheridge resigned from the position.

Etheridge had worked for the city since 2010 – first as Rusk Police Department administrative assistant and then as city secretary, after being appointed by the City Council in 2013 when former City Secretary Fran Wendeborn retired. Etheridge also served as the city’s human resources official and municipal court assistant, in addition to her duties as city secretary.

Agenda items the Council passed on Thursday include:

- a resolution requesting financial participation from the Texas Water Development Board;

- an ordinance creating a municipal court of record;

- an ordinance renaming Weems Street to Adams Lane; and

Council members also opted to take no action on claims for damages from Wesley Cumby and Harry’s Building Materials, after consulting with City Attorney Anthony King in executive session.

Check out the Cherokeean Herald’s Facebook page to watch a video recording of Thursday’s meeting. 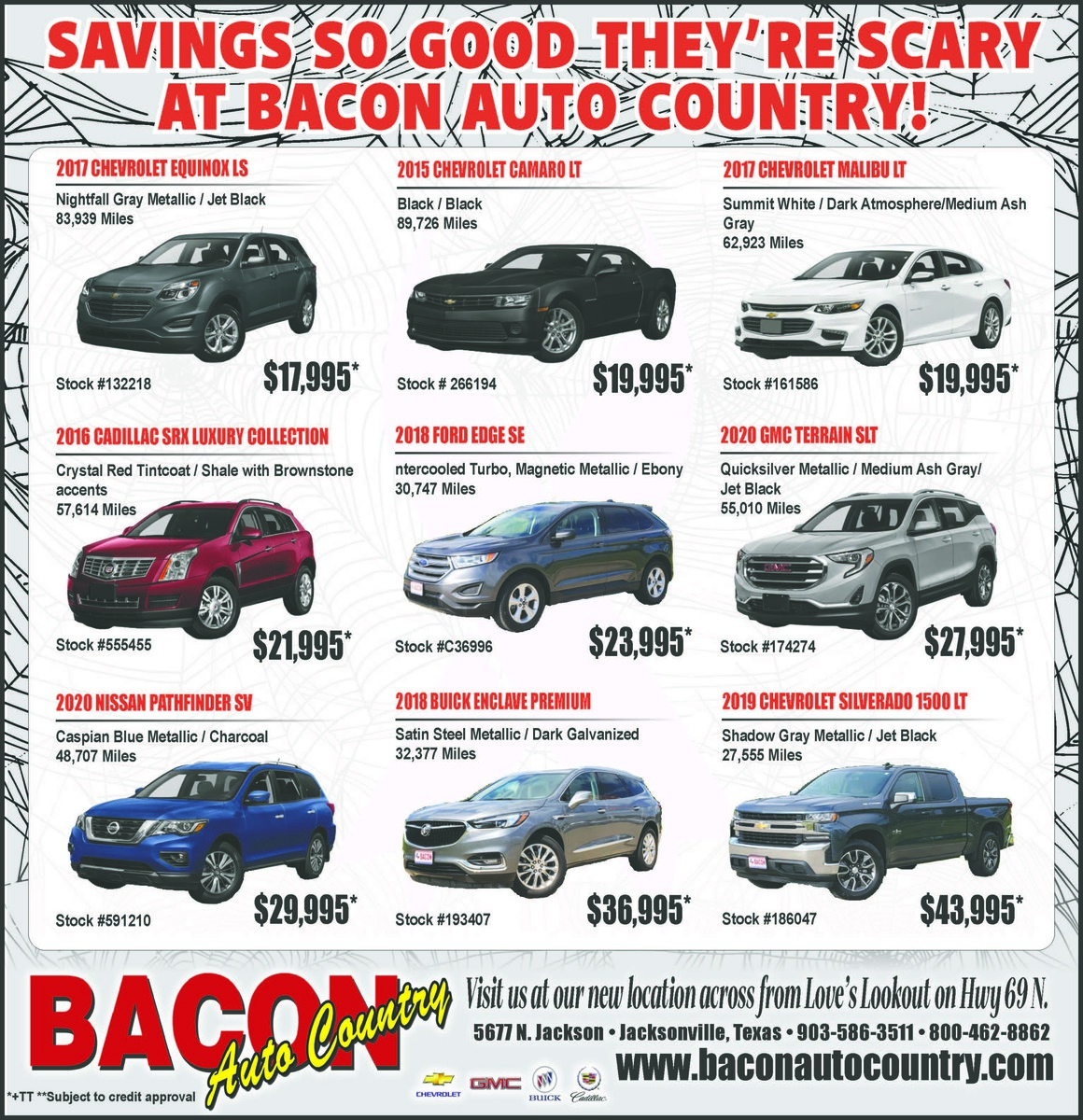