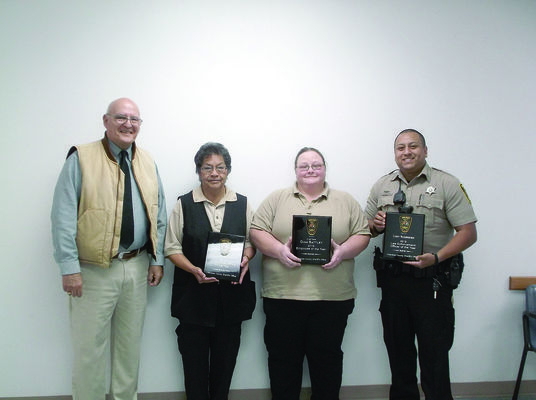 Courtesy Photo
Pictured from left to right are Sheriff James Campbell, Sgt. Annette Gonzalez, Jailer of the Year; Merideth Bingham, Dispatcher of the Year; and Cody Rodriguez, Law Enforcement Officer of the Year.

The employees receiving recognition and honors for 2019 were selected by their coworkers who cast ballots prior to the annual party.

In a recent press release from CCSO, Sheriff James Campbell stated he was pleased to announce the names of the employees who received the awards and recognition.