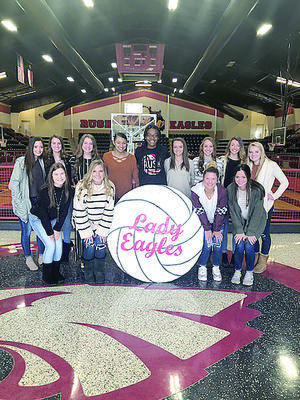 The Lady Eagles volleyball team concluded their season as Bi-District champions with an 18-15 season record.

Many of the varsity team members received 19-4A accolades for their efforts throughout the season.