Rusk falls in first round of playoffs 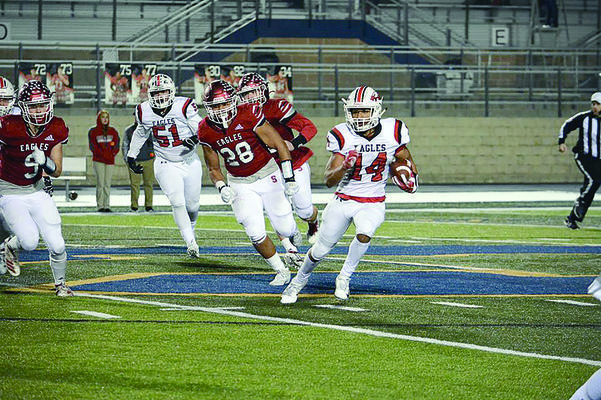 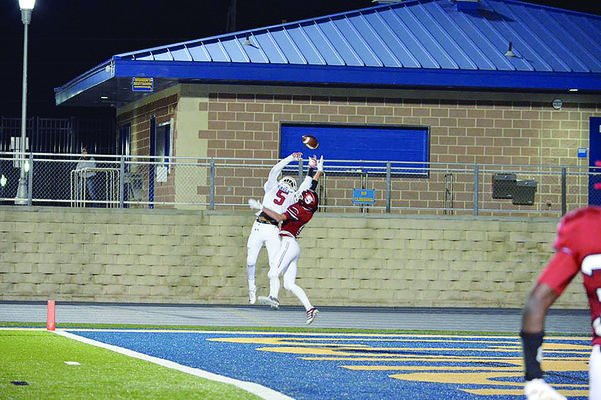 It was an Eagles match up as Rusk and Salado traveled to Corsicana for a Class 4A, Division II, Region III bi-district game in Tiger Stadium on Friday, Nov. 15.

Rusk opened up the quarter by securing the first points of the game, moving the ball 66-yards downfield in nine plays.

Jaylon Hall was the first to cross the plane with a 19-yard touchdown and Rusk followed up with a successful two-point conversion.

The eight points the red and black Eagles scored during their first possession would be the last the team was able to secure during the first half of the game.

Salado would go on to dominate both the field and the scoreboard, racking up 22 points in the first quarter and 14 in the second. The red and white Eagles rushed for a total of 307 yard the first half and went into halftime with a 28-point lead.

Rusk came back from halftime on a mission with Hall throwing a 14-yard touchdown and a two-point conversion to be the first on the scoreboard.

The red and black Eagles would lead in points for the third quarter, scoring eight to Salado’s seven.

Unfortunately for Rusk, they were unable to score again, leaving their score at just 16 points.

Salado would go on to score an additional 21 points in the second half of the game, leaving them with a 41 point lead over Rusk.

Salado rushed for a total of 500 yards compared to 150 for Rusk.

Rusk ended their 2019 season as District 7-4A-II runner up with an overall season record of 3-8.