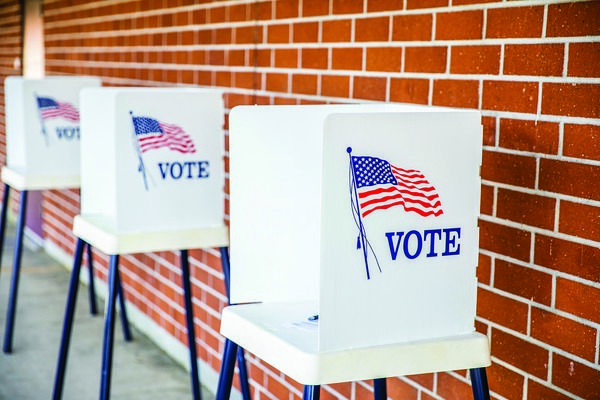 “Traditionally, voter turn-out is fairly low in elections that don’t feature candidates,” Rusk City Secretary Rosalyn Brown told the Rusk Council during the meeting held to officially call the city of Rusk’s charter election. “However, I feel like, with the local political climate being what it has been over the last year, I think our voters are seeing just how important it is to participate in their local elections.”

Texas voters are required to bring a valid form of ID with them to the polls. There are seven forms of ID you can use: a driver’s license, a U.S. passport, a U.S. military photo ID, a Texas Personal Identification card, a photo U.S. citizenship certificate, or a Texas Election Identification Certificate.

“If you do not have a photo ID or cannot reasonably obtain one, you may still vote upon signing a form and presenting an original copy of your Voter Registration Card, certified birth certificate, current utility bill, bank statement, government check or paycheck with your name and address on it,” according to the website, votetexas.com.

All Cherokee County registered voters can cast ballots in this year’s state Constitutional amendment election. Proposition 4 may be the one of the most talked about items on the ballot. Proposition 4 will read “The constitutional amendment prohibiting the imposition of an individual income tax, including a tax on an individual’s share of partnership and unincorporated association income.” What it means is it would make it more challenging for future lawmakers to enact a personal state income tax, requiring support from two-thirds of the House and Senate and a majority of Texas voters. Currently, the state Constitution requires that any proposal be approved a majority of lawmakers in the House and Senate and a majority of voters in a state-wide referendum.

A “yes” vote for the proposition supports adding an amendment to prohibit the state from levying an income tax on individuals to the Texas Constitution, which requires a two-thirds legislative vote and a statewide referendum to amend.

A “no” vote opposes this amendment, thus continuing to allow the state to enact a tax on individuals in the future through a simple majority legislative vote and a statewide referendum.

Voters in Rusk will have an opportunity to make their marks regarding 36 changes to the Rusk city charter. These changes are presented to voters to help clarify and/or update existing items in the city’s charter.
A complete list of the proposed charter amendments can be viewed in the Oct. 16 issue of the Cherokeean Herald.

Alto voters will get the chance to vote on allowing the district to borrow those funds in order to rebuild the district’s high school, gym and make other repairs to AISD campus facilities after tornadoes in April damaged many of the district’s buildings. If passed, the bond would secure funds for the construction of a new high school building, district gymnasium, increased safety and security, parking lot improvements and upgraded utility infrastructure.