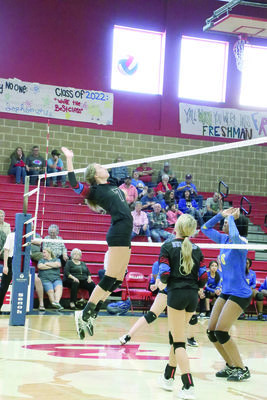 The Lady Panthers continue to win as they advance through their district schedule.

The team went on the road Tuesday, Oct. 15, taking on the Spring Hill Lady Panthers. All three teams, varsity, junior varsity and freshman, were able to defeat Spring Hill.

The team’s record, 34-6 overall and 9-1 in district, has placed them atop the district standings. The team was scheduled to play at Chapel Hill, Tuesday, Oct. 22, leaving only one game to complete the district slate. The Lady Panthers have a bye on Friday, Oct. 25, and will host Kilgore (8-1) Tuesday, Oct. 29.