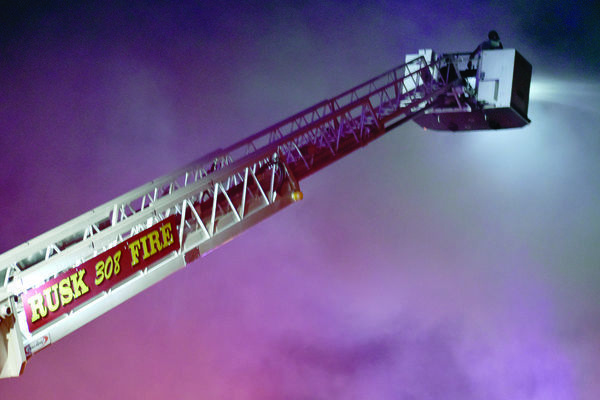 Photos by Josie Fox Rusk volunteer firefighters battle the blaze that burned a vacant restaurant in Rusk on Sunday, Oct. 20. No injuries were reported. 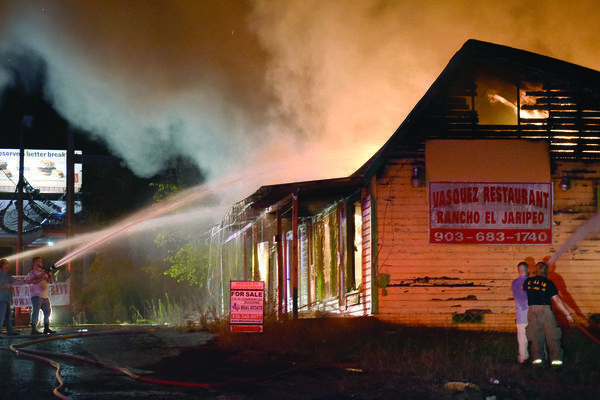 Local firefighters and other emergency services responded to a blaze Sunday evening that destroyed a former ‘lunch landmark’ in Rusk.

“Barbara’s Burgers was one of the first jobs I had when I was a teenager,” longtime Rusk resident Cristin Parker said. “I learned how to make burgers and tartar sauce at that location.
“We were there for dinner a lot -- Tuesdays for discount burgers; and Fridays for fried catfish. As a little piece of my childhood, I’m sad to see it go.”

More recently, the site had been home to Vasquez Mexican restaurant. The location, which had been vacant for at least two years prior to Sunday’s fire, had been up for sale in recent months and was determined a total loss by fire officials.

RVFD’s ladder truck was reported to have been “very useful” in extinguishing the flames from above the structure as other pumper trucks attacked the blaze from the ground. No injuries were reported.

Rusk Police Department also responded and assisted with the incident.

Rusk fire investigators said the cause of the conflagration remains under investigation.