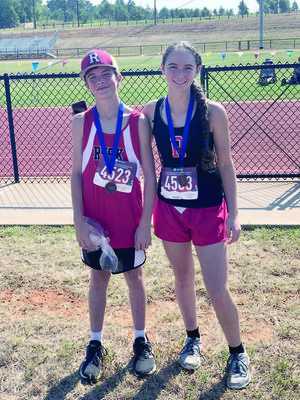 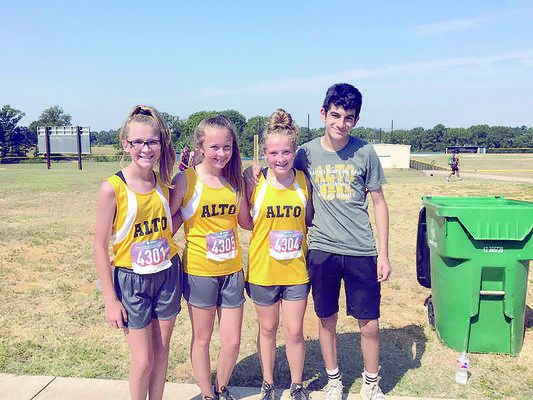 The New Summerfield Hornets hosted the East Texas Invitational in which many area runners took part including those representing Alto, Bullard, Rusk, Troup and the host school.

For the varsity girls, Maddie Carlile was Bullard’s top runner. She finished sixth with a time of 14:06. Lucy Moore landed in 16th place with a time of 14:45. Also running were Berlyn Grossman, Karleigh Hagen, Ana Morels, Payton Brown and Madelyn Roberts.

Stephanie Bravo was the first of the New Summerfield varsity to cross the finish. She completed the run in 14:05 and placed fifth. Also among the top 15 was Abigail Hernandez who finished 12th with a time of 14:29. Other runners completing the course included Jennifer Aguilar (15:05), Selena Torres (15:10), Adrianna Guerrero (15:31), Stephany Hernandez (16:07) and Crystal Torres (18:13).

Maribel Zavala secured second place with a time of 16:01 for the junior varsity girls. Evelyn Rangel came in 11th (18:49). Also running for the JV were Madison Zavala, Emily Mendoza and Jenny Guerrero.

Marco Leon was the runner for New Summerfield in the junior varsity division. He finished sixth with a time of 21:04. Miguel Munoz came in 10th (22:06) and Juan Guerrero finished 11th (22:07). Others on the team included Brian Mendoza, Jose Suarez, Tony Uribe, Juan Arredondo, Sovan Van, Jose Flores and Ruben Suarez.

The junior high girls were represented by Maddy Howell who finished in eighth place with a time of 15:50.