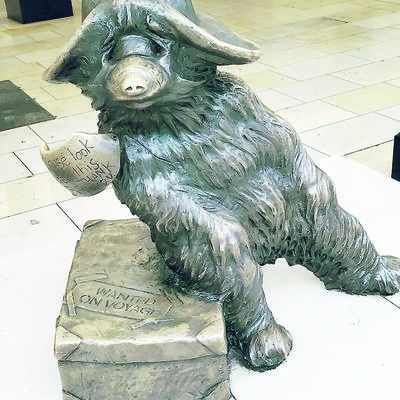 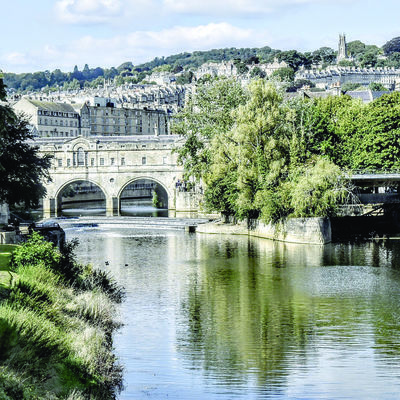 Hello and welcome to the Fox Den!

Your friendly neighborhood publisher is back at the keyboard following a week long visit to the UK.

Mr. Fox and I, along with our nephew Noel Dominy, began planning this trip in Aug. 2018 and it honestly felt as if the date of our flight would never arrive. It was with a lot of anticipation, and very little sleep, we boarded the plane in Austin on the afternoon of Sept. 5. A little over 10 hours later, we touched down at the London-Gatwick airport and we hit the ground running full blast.

After a very short pause to get checked into our hotel, we boarded the Underground, for the first of many times over the next 3 days, and headed to catch a bus to the Warner Bros. Harry Potter studios. For any of my fellow Potterheads, this is a must visit. We spent almost three hours walking amongst the actual sets, costumes and props used in the movies. The moment they opened the doors to the Great Hall, goosebumps popped up on my arms. There was so much to see, that it took a while to figure out which way to look. One of the best parts was walking along the store fronts from Diagon Alley.

The next day of our adventure took us to Highclere Castle, or Downton Abbey to those that are fans of the show. We left out of Paddington Station and of course I had to take a picture of the famous Paddington Bear. Words simply cannot describe how beautiful the house or the grounds are. We were there for a 1920’s costumes and cocktails event so we were lucky enough to ride on a Victorian era carousal circa 1890.

Day 3 was a trek to see Windsor Castle, lunch at a pub that was established in 1361 in the town of La Cock, Bath and Stonehenge. This was probably our longest day with the excursion beginning at 7:45 a.m. and ending around 9:30 p.m. Although we were unable to ‘take the waters’ in Bath due to time constraints, I was able to take several pictures of the Georgian architecture. As Stonehenge was the last stop of the day, we were the last group to be taken to the stone circle and were lucky enough to see them with the sun beginning to make its descent on the horizon. This is one place I think I could spend an entire day at and still not have enough time to explore.

The next day had us traveling by train into Scotland for the second half of our vacation. It is easy to imagine how intimidating Edinburgh Castle was before the city grew up around it. It is definitely a formidable structure overlooking the city.

Our first night in the city we took a ghost and ghouls walking tour through some of the city’s closes and down into the vaults. Noel and I are pretty sure we heard the “Watchman’s” boots stomping in another room at one point.

As beautiful and steeped in history as Edinburgh is, my absolute favorite part of the trip was the day we spent in the Highlands.

I was moved to tears at the beauty that surrounded me in Glencoe and I have never taken a breath of air as fresh and clean as those I took in the Highlands. Of all my travels, this is the one place that I could move to and be content for the rest of my days, even if I was attacked by a tree. We also took a boat tour of Loch Ness and I have a picture of Nessie. I will let you decide if it is the real thing or not.

Over a six day period, we walked right at 40 miles, went from dawn to dusk, and still didn’t see all we wanted to see. Although it is great to be back home, we are already planning our 2020 trip.