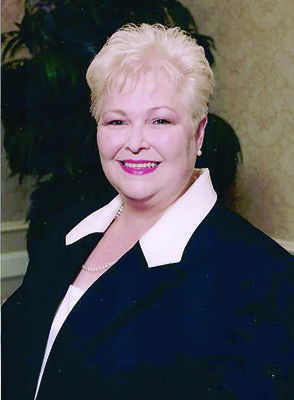 It was with heavy hearts, the city of Wells said good-bye to a former councilwoman last week.

“Ms. McMillion served as (a Wells) council member for 10 years,” officials with the city of Wells posted on the city’s Facebook page. “She will be dearly missed.”

Funeral services were held Sunday, Sept. 15, in Lufkin. She was buried at Mt. Hope Cemetery in Wells.

McMillion was born Jan. 5, 1948, in Lufkin -- the daughter of Bettie (Herman) Pounds and the late Maford McMillion.

McMillion had retired from the state prison system where she had served as a guard. She also worked for the Lufkin State Supported Living Center as a clerk.

Melissa McCall, of Diboll, shared, “I’m so happy I got to work with Dorothy at the State School. She was such a lovely lady and stayed positive and was a true fighter!”

McMillion was a member of Falvey Memorial United Methodist Church and had resided in Wells most of her life.

“She was an extraordinary person and being her friend for 50 years will remain the singular event of my life,” Kate Middleton, of Priziac, France, posted on the funeral home’s memorial page.

Memorial contributions may be made to the charity of your choice. Memories and condolences may be added, and live webcasting of the services may be viewed at www.carrowayfuneralhome.com.