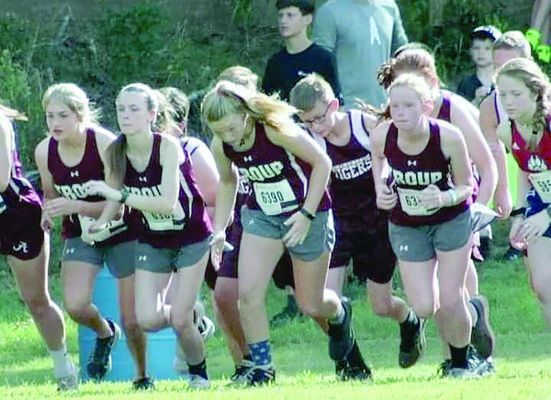 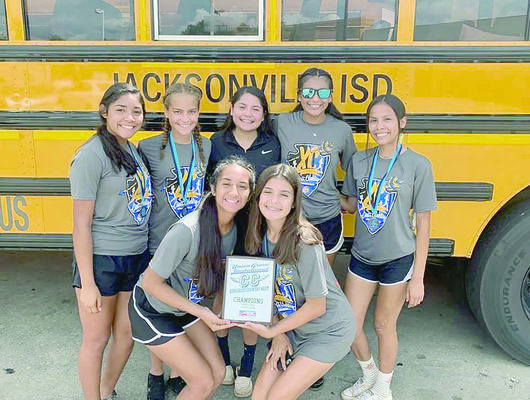 Area athletes are running to start the 2019 school year and this year’s cross country track season.

The Maidens totaled 25 points followed by Kilgore (62) and Nacogdoches (68), who rounded out the top three teams.

Taylor Gutierrez conquered the field and completed the course first with a time of 20:33. Finishing fourth and fifth were Reyna Munoz (22:15) and Lesly Munoz (22:25). Taking seventh-ninth place finishes were Madison Soultanova (23:03), Alexia Davis (23:08) and Michelle Medellin (23:28).

Troup Lady Tigers traveled to the Union Grove hosted Invitational Saturday, Aug. 24, to open the cross-country season. Marigold Hunter finished in the top 10, coming in at 10th place with a time of 14:12. Other runners participating in the event were Sarah Neel, 11th, 14:15; Danielle Puckett, 18th, 14:42; and Meredith Howell, 31st, 15:37.

Two junior high girls competed in the junior varsity event as there was no junior high or middle school division. Maddy Howell, whose finish was among the top 15, had a time of 15:27. Alexa Splawn completed the course in 18:25.

The next event for the Troup cross country teams will be the Tyler Lee Cross Country Classic hosted at the UT Tyler campus Saturday, Sept. 7.

Yellowjacket Forest Lindsay represented Alto at the Union Grove Invitational Saturday, Aug. 24, completing the course in 20th place with a time of 19:12.

Alto’s Kylee Powers ran in the girls’ varsity division, placing 70th out of 104 runners and finishing with a time of 17:18.

The Yellowjacket team is scheduled to run next in the East Texas Invitational at New Summerfield Saturday, Sept. 14.