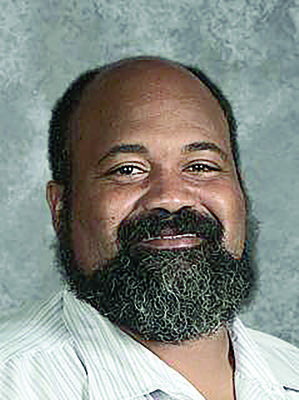 Jacksonville ISD’s Nichols Intermediate School campus has lost one of its leaders.

Johnson received a Bachelor’s degree in biology from Texas A&M University and a Master’s degree in Educational Leadership and Administration from the University of Texas at Tyler. He started his teaching career in 1998 at Robert E. Lee High School, where he eventually progressed to assistant principal and dean of student life. He stepped into the assistant principal position at Nichols Intermediate School in 2017.

Upon receiving news of his passing, JISD officials posted to the district’s Facebook page, “JISD and our Nichols Intermediate family suffered a great loss today. Assistant Principal Mr. Elgin Johnson passed away at his home early this morning. We are so saddened and ask you to keep his sweet family in your thoughts and prayers.”

The JISD Police Department added, “We are truly heartbroken and sick over this news. Mr. Johnson was a positive influence on his students and the entire district.”

Those posts generated an outpouring of sympathy and love from area residents, many of whom shared short stories of how Johnson touched their lives, either through his career in education, his love for God and his church or by just being a good neighbor and friend.

Jackie McLeroy Warren posted, “We are beyond heart-broken at NIchols Intermediate. Mr. Johnson was a huge part of our school. He was loved by the staff and students. It’s like a horrible nightmare.”

Family member Kim Johnson posted, “Elgin was a great brother-in-law and a wonderful person. I never had to worry about my kids at Lee because I knew that he would take care of them and keep them in line. We lost a great person. Please pray for Penny, their two boys, and also the entire Johnson family.”

Neighbor Valencia Rumbelow Ray shared, “This is so very sad. We saw him every morning as he waited for the bus to pick up his boys and then he would head to Jacksonville to work. He would always wave good morning to us. His boys are so sweet. Prayers for all his family as they mourn the loss of one of their own.”

Coworker Scott Sullivan said, “I pray for peace for Elgin Johnson’s family. I have known him for only 10 days, and yet, I feel like I’ve known him for much longer than that. We have had some great conversations. I was looking forward to working with him to achieve the vision he had for helping young people succeed in school and in life.

“At this moment, the thing I appreciate most about Elgin is that he had made no secret about his belief in God and his faith in Jesus. He shared with me that foundation in his life. Elgin Johnson will be greatly missed, but I look forward to seeing him again. He made a great encouraging positive impression on me in the short time I knew him. I will carry forward his faith in God and his vision for helping others succeed.”

Gary Stracener added, “I enjoyed coaching against Elgin when he played at Bullard and later had the pleasure of working with him at Rose Stadium. Such a tragic loss for all.”

Fellow teacher, Angie Coke McClure remembered, “I had the honor of teaching both of his boys in first grade. He and his wife to this day are two parents whom I have an enormous amount of respect for and consider them friends...they are both wonderful people! Praying for his precious wife and two beautiful boys.”

Parent Jessi Newman stated, “Jessi Newman This man was a huge help to me with my troubled son, Gabriel when he attended Nichols... My sons are very sad to hear this. We will keep the family in thoughts. So sorry for a great loss like this.”

“This is a shock,” Parmley shared on the JISD Facebook page. “Elgin was an amazing guy. I graduated a couple of years ahead of him. We played sports and worked out together in high school, and I can tell you that I respected him tremendously. He was not only very smart, but he was a great Christian, role model, and athlete. I haven’t seen him in years, but I talk about him often. You had to be amazingly fast playing baseball to steal second base with his accurate cannon arm. I know he will be missed greatly. I pray for his family and friends.”

A Meal Train account has been set up for the Johnson family.

“This meal train is for the Johnson Family as they adjust to a new normal without Elgin,” the Meal Train website states. “We love them so much and know that managing meals should be the least of their worries right now. As of right now, it is set for a month about, but we can always extend it as necessary. Thank you for your love and support during this time!”

Anyone interested in setting up a day to help feed the family during their time of mourning can visit mealtrain.com.

According to the organization’s website, the inspiration behind Meal Train “is rooted in the idea that a meal is a symbolic gesture of one person’s willingness to help another. The meal is a vehicle that allows the giving party the opportunity to show they care, that they hope to reduce a burden, and they will be there for the receiving party in the future. This outreach is a true interpersonal connection and is one that helps foster inter-dependence, dialogue, and compassion.”

The website was started January 2010 as a way to help streamline the organization of meals for families who are facing changes in their lives due to matters like a birth, death or illness.

“In September 2009, Kathleen (wife of co-founder, Michael Laramee) volunteered to organize the giving of meals, known as a meal train, to support a neighborhood family after the birth of a new baby,” the Meal Train’s website states. “While enjoying her role, Kathleen was frequently asked the same questions from the potential givers ‘What days are they available? What do they like to eat? What have they already had? How many should I cook for? Can I reschedule?’

“In addition, the recipient family was also asking questions: ‘Who is delivering tonight? Can we invite more people? Someone just called and wants to bring something by, are we available? Can you tell people not to bring any more soup?’

“As the number of participants grew, the process became difficult to keep organized. In discussing her challenges with Michael, he said ‘There has to be a better way.’

Michael contacted friend and software developer, Stephen DePasquale. They met at a pizzeria and hashed out the initial Meal Train concept on a napkin. Work began the next day. Michael and Stephen launched the first version of Meal Train in January of 2010.”