Patchin’ up the pavement 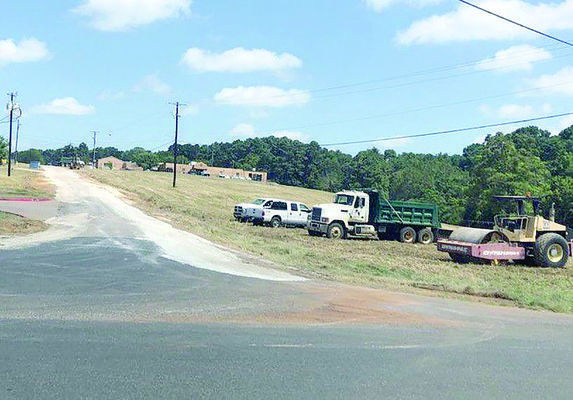 The road to the Cherokee County Jail is smoother now, thanks to county commissioners and officials with the city of Rusk.

Not because of any changes in the law, though.

County and city workers collaborated Monday to repair the road leading to the Cherokee County Sheriff’s Office and the county jail facility, after storms eroded parts of the road surface away earlier this year.

“Due to the inclement weather earlier in the summer, the road to the Sheriff’s Office was washed out on the edges and proved to be like an obstacle course going to and from the Sheriff’s Office and Jail,” a statement issued by the CCSO on Monday said. “The Sheriff (James Campbell) is appreciative to the commissioners and the city for handling the repairs to the roadway.”

County officials said the roadway is pretty well traveled most days as county vehicles, in addition to the residents of Cherokee County, come to office to conduct business on a daily basis.

City workers assisted in removal of dirt and debris during the work on the street, which is not considered a city street.