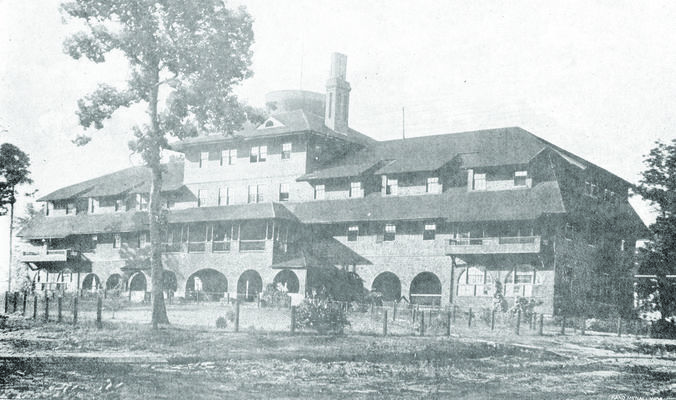 The New Birmingham Southern Hotel stood on a tract of land located where Hwy. 69 and Loop 323 currently intersect in Rusk was a point of interest for Roby. He spent several days excavating the site in hopes of finding a New Birmingham Hutchinson bottle. 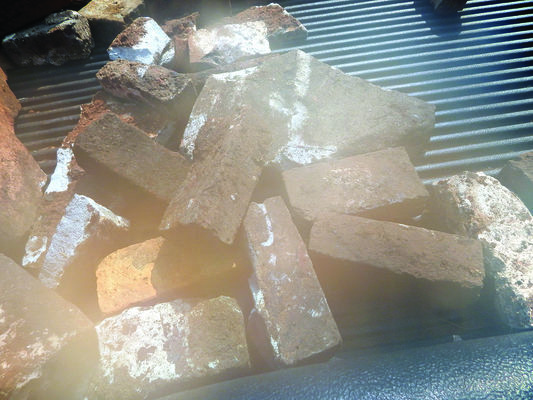 Both structural and decorative bricks from the old hotel were uncovered during the dig, along with a section of the basement wall. 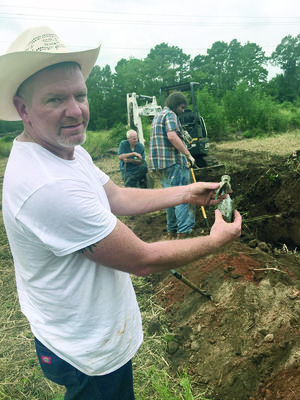 Roby shows sections of a broken Hutchinson style bottle found during the excavation at the site of the Southern Hotel. 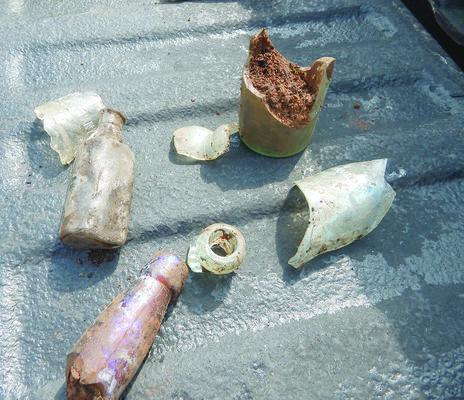 Pieces of Hutchinson bottles, beer bottles and old medicine bottles were found near the site of the old Southern Hotel.
Previous Next

Casey Roby, a Silsbee resident and owner of the Historical Bottling Works Museum, continues his search for a very specific bottle. The bottle in question is a Hutchinson bottle that would have been filled at a bottling company in the now ghost town of New Birmingham. Although evidence indicates that a bottle fitting that description would have been in circulation, a bottle with New Birmingham on the slug plate has yet to be found among collectors in the area.

During an Oct. 2018 interview, Roby was asked what sparked his interest in the New Birmingham bottle. He stated his interest stemmed from a recount of events shared with him by another collector. The story goes the collector was in a creek bottom looking for arrowheads when an elderly gentleman rode up on a tractor asking, “Do you know that you are on my land?” As the two began talking, the landowner showed the collector a New Birmingham bottle.

“At this point, this is the only sighting of a New Birmingham bottle that we have heard of,” Roby said. “I would love to add one to my collection and have it on display at the museum. Even if the person is not willing to sell the bottle, I would love to be able to just photograph it and display it in the museum.”

Recently Roby spent several days excavating and searching for the elusive bottle at the location where a prominent hotel was located in New Birmingham. The Southern Hotel was located on a several acre tract where the intersection of Highway 69 and Loop 323 meet in Rusk. The Southern Hotel opened its first register on March 28, 1889 and was the center of New Birmingham’s social life, with a promotional pamphlet even boasting of former Presidents of the United States and English lords being amongst its guests. Unfortunately, the town of New Birmingham did not last long, with residents moving away and leaving buildings and homes to decay. On July 2, 1893, the Jacksonville Banner reported the town as dead. The Southern Hotel would continue to stand until March 31, 1926 when it burned.

During excavations, Roby and Kevin Stingley unearthed both structural and decorative bricks from the hotel, as well as sections of the old basement wall. Other items discovered included some broken bottles, beer bottles from the 1880’s, forks and broken dishes and even a metal plate from a steam laundry apparatus.

Despite some interesting finds, some of which he kept and others that went to the Heritage Center of Cherokee County, the New Birmingham Hutchinson bottle was not one of them.

Through continued research, and the help of Betty Marcontel with the Heritage Center, Roby discovered the location of the New Birmingham Bottling Company and contacted the land owner to set up a time to excavate and search for the bottle.

Excavation of the new location began on Saturday, Aug. 10, but due to some technical complications, Roby was unable to search as much as he had wanted to and the New Birmingham Hutchinson bottle remains unfound.

Roby’s interest in collecting bottles began with his uncle, who was also a collector. He also gave credit to his mentor and fellow collector Wayne Fults, saying that he frequently taps into Fults’ experience and knowledge.

Roby said that he began collecting soda bottles around 2010, but his interests changed from soda bottles with painted labels to Hutchinson bottles almost seven years ago.

A Hutchinson bottle refers to glass bottles corked with a stopper with metal handles that sealed the bottle during the bottling process. In 1879, the process was patented and named after Charles Hutchinson, the individual responsible for the invention of the stopper and sealing process. Hutchinson bottles were used until 1912 when they were replaced by the crown-style top. Crown-style tops were used for almost 70 years when they were replaced with plastic tops in the 1980’s.

“The most expensive part of a bottle works company was the actual bottle,” Roby said. “The bottles were made in a glass works factory and shipped by rail to the bottling company. As these bottles would be collected and re-used, many had initials on the bottom to help identify the bottler or bottling company. The towns listed on the slug plates were not where the bottle itself was made, but where the bottle was filled for distribution. During that time, soda did not last long, so many towns had to bottle, distribute, collect and sterilize empty bottles for re-distribution. This process is part of what leads me to believe that a bottle with a New Birmingham slug plate exists.”

Roby has several bottles from surrounding cities including Jacksonville, Alto, Tyler and Nacogdoches.

“The one I have from Alto is the only known bottle (among collectors) from there,” Roby said.

The Historical Bottling Works Museum is a privately owned facility and tour reservations can be scheduled by calling (409) 658-4539.

“We have a replica 1800’s bottle works facility with refilling equipment, and over 200 bottles that includes both Hutchinson bottles and crown-top style bottles,” Roby said. “The museum came about because I have always been a history buff, especially when it comes to local history. We can look at these bottles and they are tangible pieces that we can touch, hold and feel. They take you back to an older time.”

The 1,500 square foot Historical Bottling Works Museum is located on Mr. Roby’s property and is dedicated to the bottling process from start to finish. It features a lobby, meeting room and a 36-foot long custom display.

Anyone with information on a New Birmingham bottle, or anyone wishing to obtain more information on these collectable bottles and the museum, can contact Mr. Roby at (409) 658-4539.