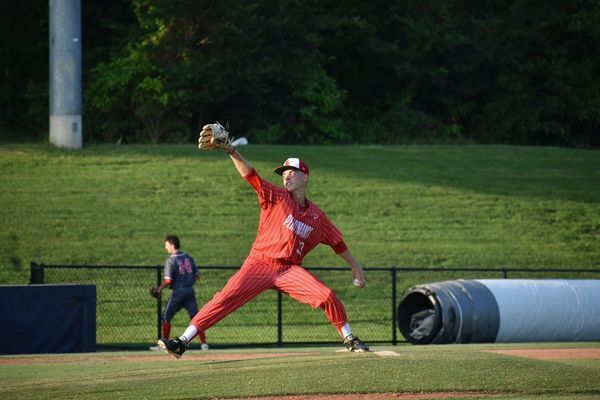 Courtesy Photo
JD Thompson of Rusk was recently ranked as the top player in the state of Texas by Perfect Game. Thompson was also named a Perfect Game Underclass All-American. Thompson is a sophomore at Rusk High School and plays on the Eagles baseball team under the direction of coach Robert Ellis.

JD Thompson, a class of 2022 student at Rusk High School, has experienced an exciting summer of baseball and the thrills aren’t over for him yet.

Thompson was ranked as the top player in the state of Texas by Perfect Game, which also ranked the sophomore as the fourth south paw pitcher in the nation and 21st player overall. In addition, he was named a Perfect Game Underclass All-American.

Perhaps the most prestigious honor for Thompson has been an official invitation to try out for Area Code Baseball, which he attended in June. He was selected to represent the Texas Rangers Scout Team during the Area Code Underclass Games in Compton, Cali., taking place Saturday-Monday, Aug. 10-12.

Area Code Baseball is an elite group of players who have an opportunity to play in the most prestigious and longest running high school baseball event in the nation. The Underclass Games teams are comprised of the top 150 class of 2021 and 2022 players in the nation. The six regional teams compete in the three-day tournament while being evaluated by scouts from all 30 major league baseball teams, the Major League Scouting Bureau as well as top National Collegiate Athletic Association (NCAA) coaches.

Thompson currently plays baseball in Rusk with the Rusk High School Eagles under coach Robert Ellis. He travels the country during the summertime, playing baseball with Performance Baseball out of Kilgore, where he is consistently placed in front of colleges of every level. These opportunities have landed him multiple NCAA Division I offers for which he is very grateful. Thompson thanks God for all the many blessings he has received.