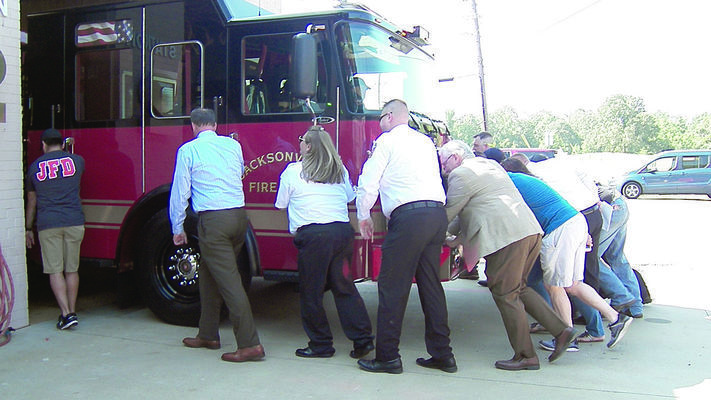 Photo by Michelle Dillon
The new engine number 2 replaces its predecessor at Fire Station 2, 706 E. Loop 456. The new engine 2 is a 2019 Pierce Saber, equipped with a Hale 1,500 gallon per minute pump capacity, a 750-gallon water tank and a Husky 3 Foam System. The black, red and gold color scheme of the new truck is in keeping with the new branding of the Jacksonville Fire Department.

In a tradition recognizing the earliest days of fire fighting, before modern day engines were invented and when it was necessary to push hand-drawn carts into the fire station, Jacksonville Fire Department and city personnel “pushed in” the latest piece of equipment, officially placing it into service.

The new Engine Number 2 replaces its predecessor, which was placed into service February 3, 2004, and was taken out of service following the installation of the new engine.

The previous engine 2 attended 6,691 service calls and served in other capacities, such as community relations or as an exhibit in fire prevention month, on a total of 306 occasions.

“In its first year of service, the youngest current member of the Jacksonville Fire Department was the age of five,” stated Jacksonville Fire Chief Keith Fortner. “And yes, he remembers the local firefighters bringing the truck to his school. I’d like to think this played a role in his career choice.”

The former and now retired Engine 2 will be sold.

The black, red and gold color scheme of the new truck along with its blacked out accents is in keeping with the new branding of the Jacksonville Fire Department.

Fire Chief Keith Fortner stated at the push-in ceremony that in mid-March of 2018, City Manager Greg Smith asked him what the fire department needed.

“I quickly learned Greg was not asking as a formality but was strong in his intentions,” Fortner recalled. “Many meetings were held to discuss the development and design of this new apparatus. It was when we met with our mayor and city council though, that I learned just how committed they were to the betterment of our emergency services.”

Fortner went on to recognize and thank previous mayor Dick Stone, current mayor Randy Gorham along with council members Jeff Smith, Hubert Robinson, Rob Gowin and Tim McRae, and City Manager Greg Smith. In addition, Fortner thanked Siddons Martin Emergency Group representative Chris Mahler for assisting with design and serving as liaison to Pierce; Jeff Kaiser, also with Siddons Martin, for assisting with financial aspects of the project; Captain Mark Simmons of the Jacksonville fire Department for clearly defining and articulating the functional needs of the truck and serving as council to the chief; the members of the fire department and the citizens of Jacksonville.

“It’s a great feeling to see this engine actually show up and to be put in service to serve the residents,” stated Smith following the ceremony. “We’ve got to take care of our public safety. We have to take care of the equipment because they are the ones out there every day protecting all of our residents, businesses and visitors. This is a great day, to have this finally come to pass.” 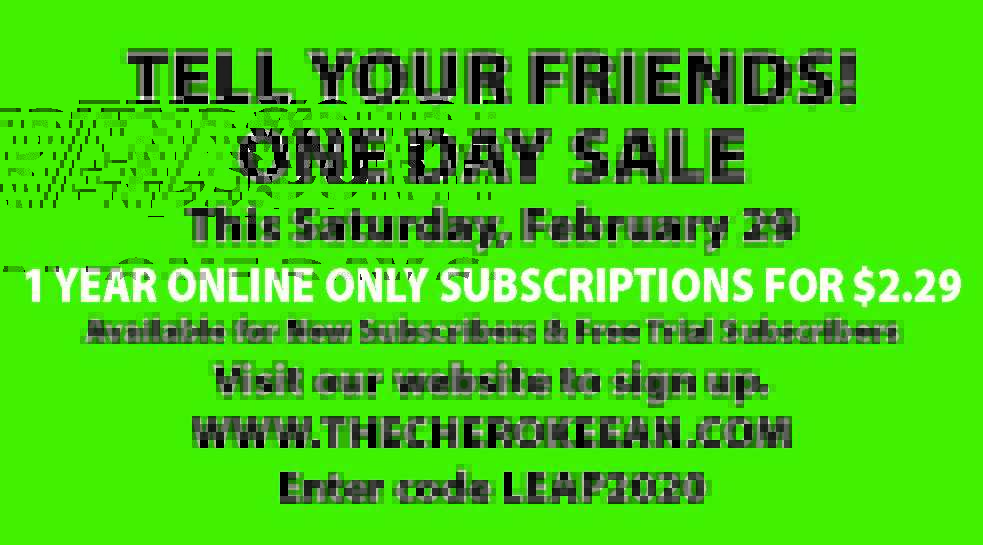