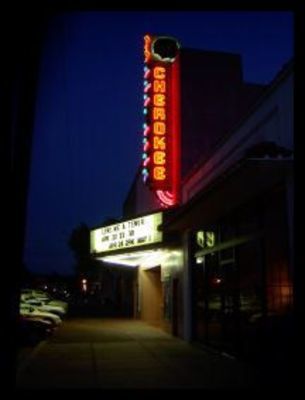 Looking for some quality entertainment on a budget?

The Cherokee Civic Theatre is offering some great deals for the upcoming season through its 47th annual membership drive going on now.

Cherokee Civic Theatre is an all-volunteer, non-profit organization “dedicated to the dramatic arts,” according to the theater’s website. Its mission is to provide cultural and artistic opportunities in East Texas.

“Becoming a member of CCT gets you so much more than just discounts on tickets to our productions,” CCT Board President Josie Fox said. “Theater members can reserve their favorite seats, get discounted entry into our special events, get to register their young thespians in our TnT summer camp first, get accolades in our programs and so much more. Plus the support of the theater is invaluable.”

- Jack the Ripper: Monster of Whitechapel, by Joe Dickinson. An audience-interactive mystery about the serial killer who terrorized London in the 1800s. Many of the characters and events are taken right from history, but other are pure comic invention -- such as Pegeen Macdougal, a practitioner of white magic, and her familiar Hogarth, who speaks only in cookbook terms. This play will be directed by Fox and hits the stage Sept. 27-28 and Oct. 5-6. Auditions for Jack the Ripper will be held 6 p.m. Monday, July 29 and Tuesday, July 30.
- The Best Christmas Pageant Ever, by Barbara Robinson. Back by popular demand, this year marks the fifth time the theater has presented this show as its annual Christmas production. The play follows the outrageous shenanigans of the Herdman siblings, or “the worst kids in the history of the world.” The siblings take over the annual Christmas pageant in a hilarious yet heartwarming tale involving the three Wise Men, a ham, scared shepherds and six rowdy kids. Directed by Sheilah O’Heaney. The show hits the stage on Dec. 13-15.

- The world premiere of Sultana, written and directed by local playwright Minette Bryant. This is the fifth play of Bryant’s to be featured on the CCT stage. A synopsis of the play states, “In April of 1865, the Civil War had ended and the healing of a nation had begun. But almost completely lost to history is the story of more than 2,000 Union soldiers who boarded the steamship Sultana, dreaming of the homes they would never reach.” Play dates are Feb. 29 and March 1 and 6-7.

- Mama Won’t Fly, a Hope, Jones, Wooten play. An outrageously hilarious race against the clock begins when Savanna Sprunt Fairchild Honeycutt agrees to get her feisty mother all the way from Alabama to California in time for her brother’s wedding. Savannah has one problem – Mama won’t fly. Directed by Bill Sherman. Show dates are April 24-25 and May 2-3.

The theater also offers its annual summer Thespians in Training (TNT) camp for local youth. This year’s camp kicked off this week.

Troupes of youngsters will put together age-appropriate plays to be presented to the public during the camp’s Grand Finale on Saturday, July 27. Admission to the annual ‘mini theatre festival’ is just the donation of any non-perishable food items.

“See five one-act plays during the day, cheer on our talented young stars-to-be and lend a helping hand,” the theater’s Facebook page states. “All donated canned goods go to restocking the Good Samaritan Food Pantry at a time they need it most.”

Other ways community members can help support the Cherokee Civic Theatre include using Amazon Smile to shop online; underwrite a play or TNT camp activities; and volunteer their time and talents.

“We’re always looking for people who are interested in the theater,” longtime CCT member Jerry Parker said. “You don’t have to be on stage, if you don’t want to be – there’s so many other ways to get involved, like building sets, operating the sound and lights, backstage work, makeup and costuming, the list is endless.

“Come out and get involved!”