IFYR kicks off in Shawnee 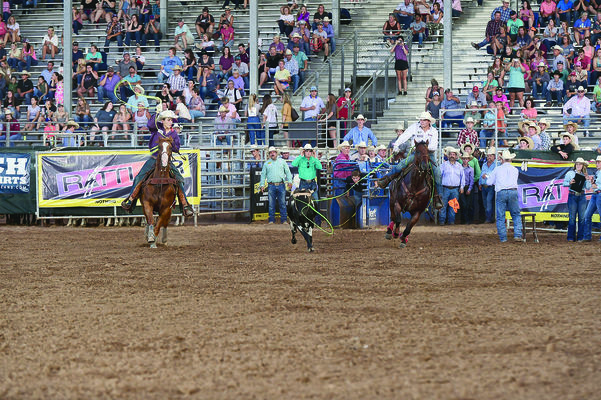 Kaden Profili, left, from Jacksonville and Peyton Walters of Justin placed in the top 10 of GO 1 on Monday with a time of 16.2 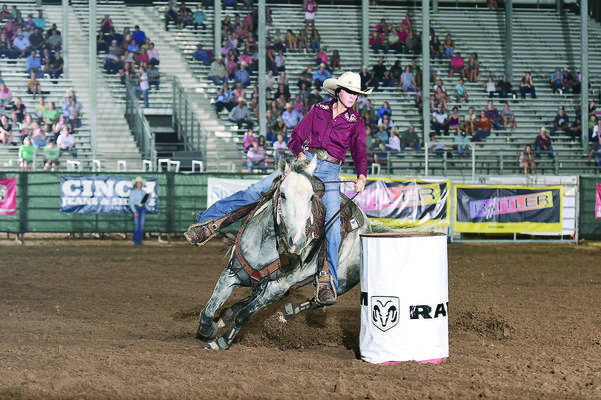 Reagan Davis of Alto cuts around a barrel during her 16.922 ride on Sunday. Davis is also participating in pole bending and breakaway roping events.
Previous Next

The International Finals Youth Rodeo, held annually since 1993, kicked off on Sunday, July 7. The IFYR presents top high school athletes with a professional rodeo and is held at the Heart of Oklahoma Exposition Center in Shawnee, Okla. The event includes hundreds of contestants from all over the United States and Australia, each vying to win more than $250,000 in prize money. With 10 events running simultaneously in three arenas over six days, it is easy to say this is an action packed event.

Davis came out of the gate ready to win on Sunday and placed in the top 10 for barrel racing with a time of 16.922. For breakaway roping, Davis tied for second place with Ashlynne Blanton of Myakka City, Fla. with a time of 2.6.

The team of Profili and Walters placed in the top 10 on Sunday with a time of 16.2.

The team of Tettenhorst and Palmore are scheduled for to run on Tuesday night.

Be sure to check back next week for final results and standings.