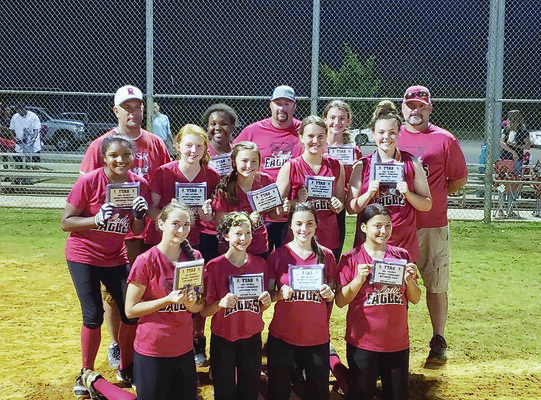 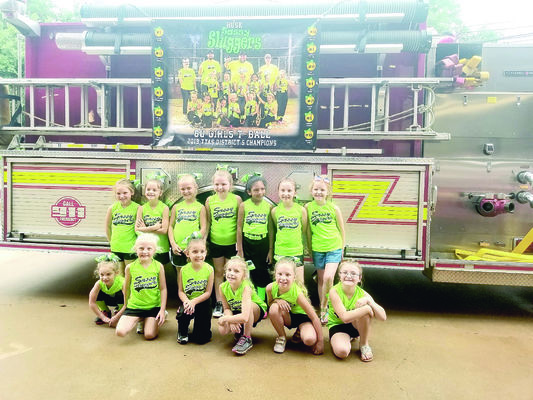 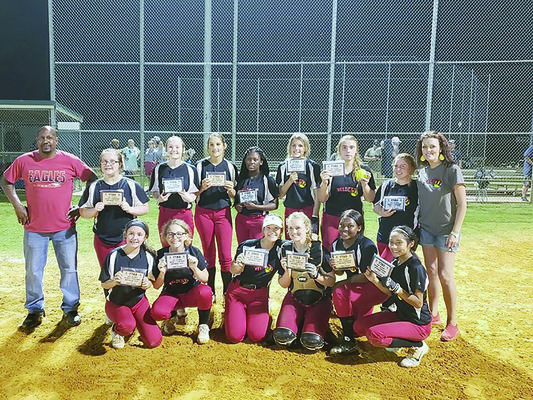 Hard work and dedication has paid off for softball teams from Rusk, Alto, Jacksonville and Troup as they headed into week long softball tournament play on Monday, July 8.

The Alto Glitter Girls ended their regular season with just two losses. The team started district play off with a loss in the first round, but bounced back and earned the second play title.

Rusk is playing host to 19 teams all competing for the state championship title for 8U Girls Coach Pitch. Of those 19 teams, three are from the Cherokee County area, the Alto Heartbreakers, Troup Thunder and Rusk Bearcats.

Rusk, Alto and Troup all fell in their first round of play on Monday. During round two play on Tuesday Troup Thunder will square off against Denison Buzz. The winner of that matchup will go on to play Alto to see who will advance to the next round. Meanwhile, the Rusk Bearcats will play against the Elkhart Rangers on Tuesday.

Troup Shockwave is one of the 18 teams traveling to Clifton for state tournament games this week. Troup ended their regular season with a 6-2 record. Game play was originally set to begin on Monday, but inclement weather led to officials calling a postponement.

Troup is scheduled to play against the Fruitvale Lady Cats on Tuesday at 6 p.m.

Two teams from Rusk have traveled to Denison to vie for the state championship title in the 15U Girls softball league.

Rusk Velocity, who went 7-2 during regular season, won first place in district and secured their spot in the tournament were set to play Quitman Ripshot on Monday night. However, officials called the games on Monday due to impending weather and games were moved to begin on Tuesday morning.
The Rusk Lady Eagles ended their regular season with a 9-1 record and finished second in district play. The Lady Eagles went up against Maypearl on Tuesday morning.

The Rusk Sassy Sluggers lost their Tuesday game against China Spring Aces, but will advance to round three to take on the Rockdale Heartbreakers on Wednesday afternoon at 4 p.m.

The Alto Heartbreakers ended their state tournament run following a second round loss against Hubbard Extreme.

The Rusk Bearcats are advancing to round three play following wins against the Elkhart Rangers and Denison Wolf Pack on Tuesday. The Bearcats will go against the Rockdale Hot Shots Wednesday at 6 p.m.

Troup Thunder will also continue into round three game play as they take on Whitehouse Lady Cats Wednesday at 6 p.m. The Thunder defeated Denison Buzz and the Corsicana Tigers on Tuesday.

Jacksonville Texas A&M suffered a round two loss to the Corsicana Sassy Bats on Tuesday. The team will advance to round three play against Crawford Parker Wednesday at 6 p.m.

Following a rain out on Monday, Troup Shockwave ended round one play on Tuesday with a win against Fruitvale Lady Cats. Troup will face off against Academy Lady Sting on Wednesday at 6 p.m.

The 15U Girls teams also faced a rain out on Monday, and the teams playing double headers on Tuesday. Both Rusk Velocity and the Rusk Lady Eagles won their first round games on Tuesday morning, leading to a Rusk face-off for round two play. Velocity emerged the winner on Tuesday night and will advance to round three against the Moody Lady Bearcats on Wednesday morning. The Lady Eagles will also advance to round three game play, facing off against the Comanche Maidens.