APD officer passes after experiencing health issue while on job 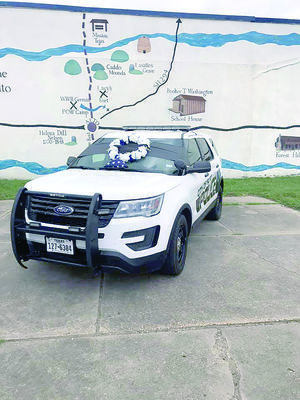 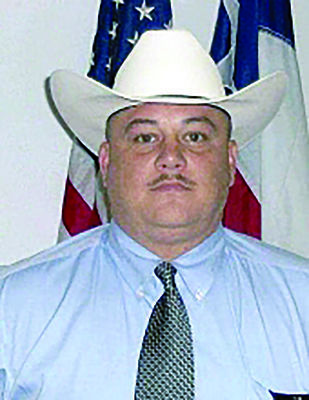 Radcliff, 50, was laid to rest on Sunday, May 19. Services were held at the First Baptist Church in Rusk.

According to Alto Police Chief Jeremy Jackson, Officer Radcliff was on his way home Tuesday, May 14, when he was contacted to perform a welfare check on a county resident. While on the scene the officer had a medical event and collapsed. After being life-flighted to a Tyler hospital, he was pronounced dead Thursday afternoon at 4:41 p.m. Radcliff was an organ donor and his last wishes were carried out.

“Our friendship was one of those strange, love/hate kinda things,” area resident Sammie Isaacs posted on social media. “We loved to tell each other how much we didn’t like the other. If you were ever around us together, you wouldn’t know what to think. We constantly insulted each other; had house wrapping wars; trashed talked each other’s football teams; sent random, insulting texts and gifs -- this man got on my ever-lasting nerve, yet, he always made me laugh/smile. He was always the life of the party! We had so many hilarious times. Times that I will now treasure forever. Keith Radcliff, I cannot believe that you’re gone!

“My heart breaks for your family and countless friends. You had a heart of gold. Everyone that knew you, knew how you loved your family and serving your community. Your contagious laugh will definitely be missed! Your bigger than life personality is something that I will never forget – rest in peace, ‘Ragley.’”

Radcliff served in law enforcement for 22 years. His service began in 1993 as a reserve officer with the Rusk Police Department, where he later served as a patrolman with the department for three years. He served 17 years with the Cherokee County Sheriff’s office, where he worked as a jailer, patrol deputy, criminal investigator, jail administrator and retired in 2013 as Chief Deputy. In 2017, he returned to law enforcement with the Alto Police Department.

A funeral procession was held Thursday afternoon for Radcliff, as his body was transported to Autry Funeral Home in Jacksonville from the hospital in Tyler.

“When they called me I had just pulled into the house, they called and said they had an officer down and they really didn’t know much information at the time,” Chief Jackson told the Tyler NBC-TV affiliate. “I just got in my car and drove to the scene and the ambulance was there, they were loading him up. Your heart just sinks when you hear that call ‘officer down’.”

Jackson posted on social media on Thursday, “What a man, what a friend. Keith was a man I grew to love. I had the privilege to work with, work under and supervise. I have said before, there are three people that I would walk through Hell with and Keith was one of them. I would walk in front of him or behind him and never have to turn around and look to see if he was still with me. He was a man I could count on.

“There is one thing that my grandpa used to tell me -- he would say ‘whatever you do just remember, you can always be replaced, so do your best.’ I will say, Keith always have [sic] his best and can never be replaced in my department. His calmness in high stress situations, his level head, his decision making skills, his expertise, his personality and his laugh will never be replaced. I love you brother -- until we meet again, rest in peace. You will be missed!”

“I posted this silly bitmoji cartoon when you left from CCSO in 2013. Today with a heavy heart I’m going to repost it. My feelings are the same but oh so different.

“I’m gonna miss picking on you every time I see you and how we could have the biggest laughs in the room. Smile Keith! You are in the hands of Jesus now, even though it makes me so sad to see you go. You are the lucky one! Rest in the presence of Jesus my friend! Until we meet again!.”

Matt Thibodeaux and Stephanie Frazier contributed to this article.