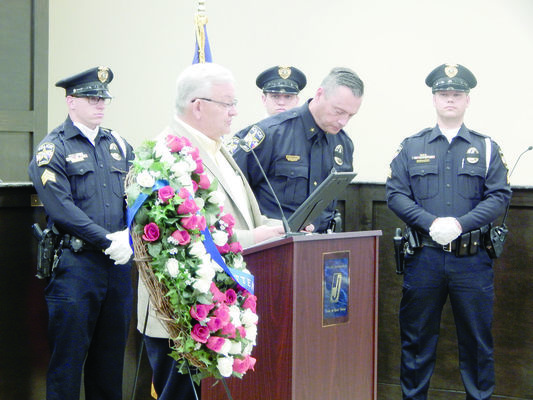 Last week, to observe Nation Police Week, the Jacksonville Police Department held a memorial service to remember the four JPD officers, and other officers, who were killed in the line of duty.

The JDP Honor Guard also recognized the 176 officers, including K-9s, nation wide who were killed in the line of duty within the past year, which include 17 Texas police officers and six police officers in 2019.