’Jackets race to State in track and field

by by Michelle Dillon michelle@thecherokee.com 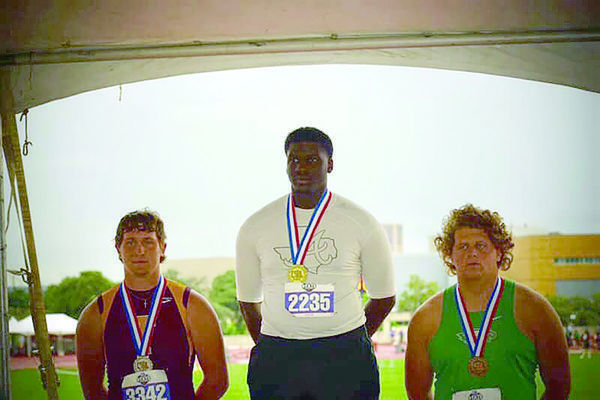 Alto athletes qualified for Class 2A State competition in track and field, participating in contests held Friday and Saturday, May 10-11.

As a team, the Yellowjackets earned 38 points and finished fourth in the state behind Milano (62), Holland (42) and Shiner (40).

The team of Marvin Roberts, Jay Pope, Marlon Warren and Clayton Terry seized silver in the 100-meter relay with a time of 42.79, just 0.91 seconds behind first (41.88). The team also placed eighth in the 200-meter relay. Isaiah Gaddis placed fifth in the 300-meter hurdles.

The Lady ’Jackets tied for 41st overall out of 51 schools that placed at the meet.

Athletes from both the Bullard and Rusk schools took part in Class 4A State track and field competition.

The Bullard and Rusk boys teams tied for 51st out of 56 schools who scored points in the State finals.

The Bullard girls placed 32nd out of 45 schools that placed in the competition.