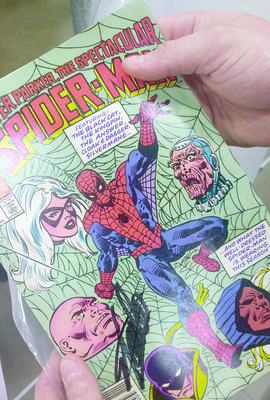 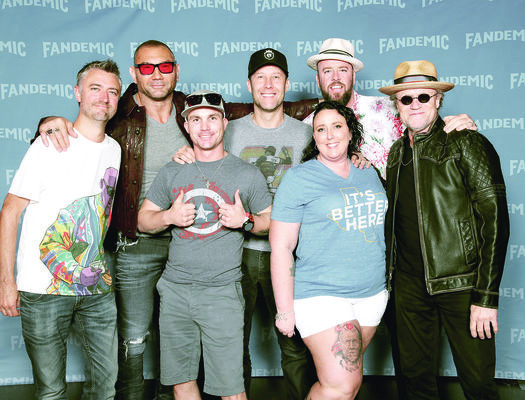 Hello and welcome to the Fox Den! It has been a couple of weeks since I’ve written as things have been crazy busy, but there have been some very exciting things going on as well.

Before I get too far into my column, I want to extend congratulations and best wishes to two amazing couples that tied the knot in the last few weeks; Matthew and Ciana Landrum, who were married on Sept. 8 and Stephen and Elizabeth Darville, who married on Sept. 16. May you each have a lifetime of love and happiness!

Mr. Fox and I also celebrated our wedding anniversary on Sept. 7. We have been married for five years, and to celebrate that milestone, we decided to spend it at the Fandemic Tour convention in Houston on the 15th.

I like to joke that I was a nerd girl long before it was a hashtag, so these types of conventions always get me really excited. Especially when any of the celebrity guests have anything to do with Marvel comics or Stan Lee.

Stan Lee was inducted into the Will Eisner Award Hall of Fame in 1994, the Jack Kirby Hall of Fame in 1995 and he received a National Medal of Arts in 2008 for his contributions to the comic book industry. He is responsible, through collaborations with various artists, for bringing us comic books characters such as Spider-Man, The Fantastic Four, Thor, and one of my all time favorites, the Guardians of the Galaxy. He also has made cameo appearances in over 40 movies and has lent his voice to four animated characters; including Teen Titans from DC comics. It has become a game in the Fox Den to see who can spot him first when each Marvel movie is released.

On a side note, I was lucky enough to meet Stan Lee at his final Texas con appearance in 2017 at Fan Expo in Dallas (see inset picture) and got his autograph on a copy of ‘Peter Parker, The Spectacular Spider-Man’ from 1976, the year I was born.

What drew me to Fandemic, and made me chose that as our anniversary celebration, was the fact that five of the actors from Guardians of the Galaxy would be present as celebrity guests, and I just could not pass up the opportunity to have my picture taken with them.

The Guardians, made their first appearance in issue #18 of a partial reprint title Marvel Super-Heros in Jan. 1969, followed by appearances in Thor (1977) and The Avengers (1978, 1979). It would be almost 10 years before the Guardians appeared in a new publication. June of 1990, the Guardians first self-titled comic was released and it ran for 62 issues.

The series followed a group of individuals known as the Guardians of the Galaxy, each the last of their kind, who united as a team to protect Earth’s solar system from the Badoon.

The Guardians went through several reboots and changes in the written series before hitting the big screen in 2014.

Martinex and Yondu are known to fans of the movie series as Ravagers, a group of interstellar thieves and smugglers. It was Yondu who took the young Peter Quill from Earth and raised him. Quill, who referred to himself as Star Lord, then assembled another group of misfits, who all shared the same mission, stop Ronan.

Although I do secretly hope that the Marvel universe will release a prequel with Yondu as a Guardian. I guess at the end of the day I just have a soft spot for Yondu, he is a bad-ish guy with a big ole heart.

Of all the cons I have been to and the celebrities I’ve met, Stan Lee is at the top, closely followed by getting to meet the actors responsible for bringing some of my favorite characters to life.