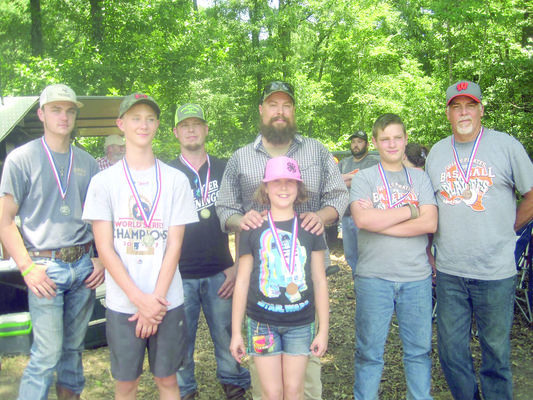 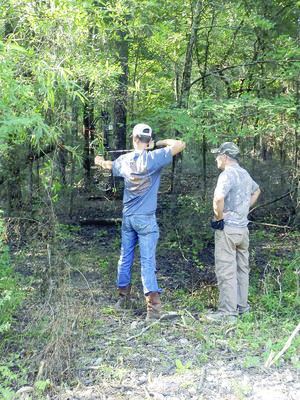 Courtesy Photo William Hunt prepares to take a shot during the third annual bow shoot held by the Wells FFA Booster Club as David Seymore, owner of Seymore Outdoors in Wells an event sponsor watches on.
Previous Next

Event organizers reported 11 shooters braved the heat to test their skills against the new 3D targets the Boosters club recently purchased for the shoots.

“Our booster club made the decision to purchase the targets used for future bow shoots,” event co-organizer Brian Phillips said. “This was a big investment for us, but we believe as more people get to know we have the 3D targets, more people will come out to shoot.”

The shooting tournament offered four age groups for participants to shoot in and even had a traditional division.

“We would like to say big thank you to David Seymore of Seymore Outdoors for helping organize the event,” Phillips said.

The Wells FFA Booster Club will hold its next shoot in September.

Visit the club’s Facebook page for updates and details on the club’s future events.