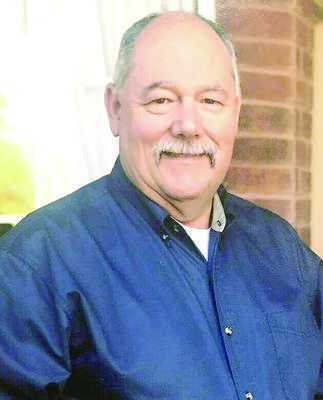 His award was accepted by his widow, Carol Kimbrough, who was escorted by Cherokee County Judge Chris Davis. Kimbrough’s two daughters were in attendance.

“Ronnie was dedicated to the citizens of our county and a great friend and I was honored to escort his wife and daughters onto the stage to receive his award,” Davis said.

Ronald W. Kimbrough devoted more than 37 years to serving the citizens of Cherokee County, the city of Nacogdoches and the state of Texas as a Master Firefighter, Master Instructor and Emergency Management Coordinator. His technical expertise, demonstrated professionalism and devotion to service to the citizens of Nacogdoches, Cherokee County and the state of Texas, earned him the respect and admiration of all those who knew him.
As a Master Firefighter and Master Instructor, he loved to teach others the science and art of fire fighting. He was a trusted mentor to the 12 local volunteer fire departments in Cherokee County.

A 1974 graduate of Nacogdoches High School, Kimbrough attended Stephen F. Austin University and earned his associate of Fire Service Administration. He earned his Master Firefighter Certification, Master Instructor Certification and Basic EMT Certification. Ronnie worked for the city of Nacogdoches Fire Department from Aug. 9, 1976, to September 29, 2007, beginning as a basic firefighter and promoting through the ranks to serve as the Assist Fire Chief for many years. Ronnie was also an amateur radio operator and held certifications in Haz-Mat operations.
He was a Master Instructor and was honored to be an instructor for the TEEX Fire School for 20 years. He was also an instructor for the Angelina College Fire Academy and Nacogdoches County Annual Fire Training School. Kimbrough was a valued member of the East Texas Council of Governments Homeland Security Advisory Committee for six years; served on the Nacogdoches County Emergency Services District 2 Board; was a member of the Loco Valley Volunteer Fire Department; and served the citizens of Cherokee County as the Emergency Management Coordinator from Aug. 8, 2011, to July 12, 2017.
To his friends, co-workers and all who knew him, he was known as “Chief.” “Chief” Ronald W. Kimbrough, Cherokee County Emergency Management Coordinator, end of watch, July 12, 2017.