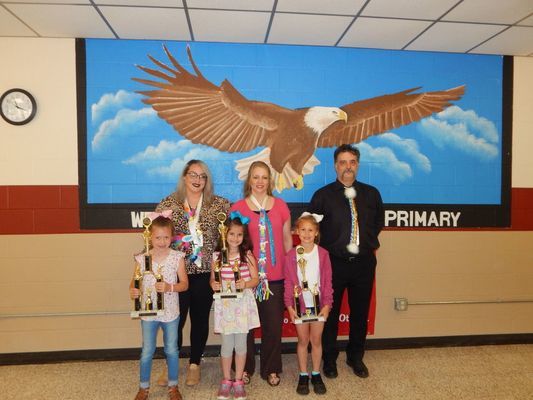 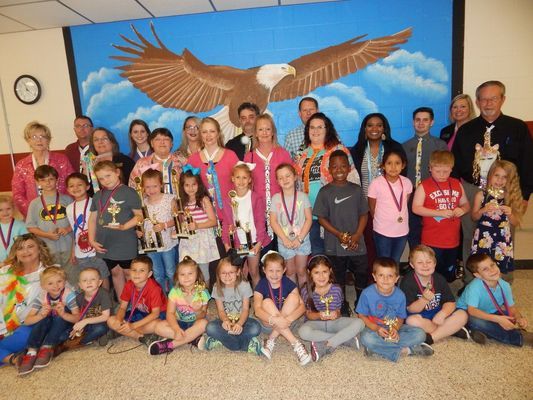 Business men and women in Rusk were sporting some very interesting ties on Thursday, May 3 as part of the Rusk Chamber of Commerce’s Tacky Tie Contest.

All of the ties were designed by Rusk first graders and winners were selected based on the number of points (pennies) each tie earned. The ties, which were numbered to disguise the name of the creator, were placed on display at several locations around Rusk allowing residents to cast their votes. Each numbered tie had its own bag to collect points/votes.

This year’s contest had 73 participants and included some very unique designs from unicorns to insects to Emoji themes.

Students whose tie raised at least $10 in points received a medal and those raising at least $30 received a trophy. The top three winners also received trophies for their creativity.

An awards ceremony was held at 11 a.m. on Thursday morning at the Rusk Primary campus and participants were able to take their photograph with the business man or woman wearing their tie.

As of the publication of this issue, the total amount earned during the contest had not released.